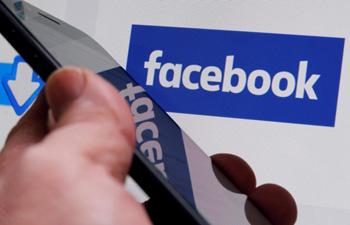 By Rishika Sadam and David Ingram

Facebook Inc (FB.O) cruised past Wall Street’s earnings and revenue expectations on Wednesday with strong growth in its mobile ad business, demonstrating that controversy over so-called “fake news” and inaccurate advertising measurements had little impact on its financial performance.

With quarterly profit of $3.57 billion, more than double the $1.56 billion it reported a year ago, the company showed no signs of slowdown in growth. The results handily beat analysts’ expectations, and shares ticked up about 0.2 percent in after-hours trading.

The company had warned in November that ad growth would likely slow “meaningfully” due to limits on ad load – the total number of ads Facebook can show to each user. But there was little sign of that in the fourth quarter as total revenue soared to $8.81 billion from $5.84 billion a year ago.

“I think the rate of growth will decline, but it will remain very high,” said analyst Michael Pachter of Wedbush Securities. “They grew 57 percent in 2016, and our current model has ‘only’ 38 percent revenue growth in 2017. That’s still pretty impressive.”

Facebook suffered a slight setback just before the market close when a jury in Texas ordered Facebook, its virtual reality unit Oculus, and other defendants to pay a combined $500 million to ZeniMax Media Inc, a video game publisher, for violating a non-disclosure agreement. [nL1N1FM20U]

But the company’s core business continued to power ahead as mobile advertising accelerated; it now accounts for 84 percent of ad revenue, up from 80 percent a year ago.

Chief Executive Mark Zuckerberg told analysts on a call on Wednesday that the company expects a major ramp-up in hiring and other spending during 2017 as it invests in video and other priorities.

U.S. President Donald Trump used the service for that on Tuesday, when he broadcast his announcement of U.S. Supreme Court nominee Neil Gorsuch on Facebook Live.

The video push could ultimately pose a threat not only to YouTube, owned by Alphabet Inc’s (GOOGL.O) Google, but also to next-generation television companies like Netflix Inc (NFLX.O).

Facebook’s strong performance could also throw a shadow on the expected Snap Inc initial public offering. Facebook competes with Snap chiefly through its Messenger service, and also with WhatsApp and Instagram.

The various Facebook apps have all been adding features rapidly to attract more users and retain those already on the network, and some of those features are clearly aimed at Snap.

Facebook has also been building new tools to stem the spread of fake news and partisan propaganda on the network, which emerged as a major issue in last year’s U.S. presidential election.

Chief Operating Officer Sheryl Sandberg played down the impact of U.S. election spending on the company’s finances. She compared it to the soccer World Cup or the Super Bowl and said it was not a “top 10 vertical” for the fourth quarter.

“No one event is that big for our business,” she said.

The company inched closer to reaching 2 billion users, saying that about 1.86 billion people were using its service monthly as of Dec. 31, up 17 percent from a year earlier.

China apparently will not contribute to that growth any time soon, as Zuckerberg all but ruled out an imminent expansion in the world’s most populous country.

“We’re only going to do this in a way that we’re comfortable with in the long term,” he told analysts, adding that there would be “no news at all in the near term.”

Facebook is expected to generate about $29.71 billion in mobile ad revenue in 2017, according to research firm eMarketer, up about 35.2 percent from 2016.

Analysts on average had expected a profit of $1.31 per share on revenue of $8.51 billion, according to Thomson Reuters I/B/E/S.