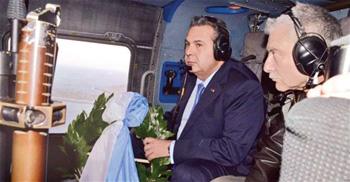 Turkey and Greece have become embroiled in a fresh rift over the Kardak islets in the Aegean Sea, which are claimed by both countries, and which almost led the two sides to war 21 years ago.

Tensions in the Aegean are the highest they have been in years, with Turkish Chief of Staff Gen. Hulusi Akar and his top brass visiting the area near Kardak with a naval war ship on Jan. 29, prompting condemnation from the Greek side. Coast guard vessels of the two countries have also come head to head around the islets.

The islets, Imia in Greek and Kardak in Turkish, are two small uninhabited rocks in the Aegean Sea, situated between the Greek island chain of the Dodecanese and the southwestern mainland coast of Turkey. Greece and Turkey nearly went to war over the islets in 1996 in an escalation that resulted in each side landing soldiers on one islet.

Greek Defense Minister Panos Kammenos visited the air space over the Kardak islets, located about one nautical mile from Turkey’s tourism resort of Bodrum, on Feb. 1 to leave a wreath in the Aegean Sea in memory of three Greek soldiers who died in a helicopter accident during the 1996 crisis between the two countries over sovereignty of the islets.

Kammenos’ visit came three days after Akar, accompanied by the commanders of Turkey’s land, naval and air forces, on Jan. 29 paid a visit with two assault boats to the islets, the Turkish Armed Forces announced on the same day.

This move prompted a reaction from Athens, with Greek President Prokopios Pavlopoulos on Jan. 30 describing the visit as a “serious violation” that he hoped would not be repeated.