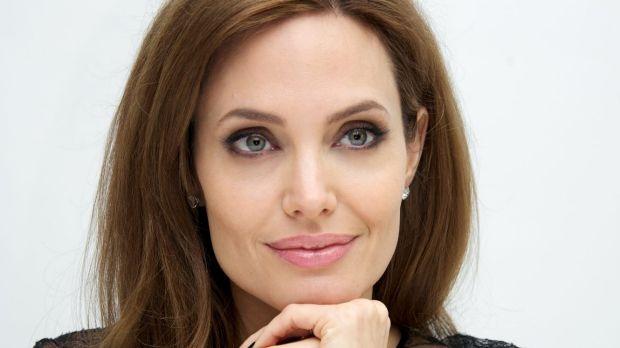 Nicole Economos
Angelina Jolie has become the latest high-profile woman to make a powerful stand against President Trump’s executive action to restrict refugee admissions and immigration from seven predominantly Muslim countries. In an opinion piece for The New York Times Jolie has spoken out against Trump’s immigration executive order, saying that “implying Muslims are less worthy of protection” may inadvertently give “oxygen” to extremism and increase the vulnerability of refugees.

Jolie, who is a special envoy to the United Nations High Commissioner for refugees, wrote that America’s response to the global refugee crisis and threat of terrorism, “must be measured and should be based on facts, not fear.”

While Jolie’s estranged father, Jon Voight, spoke at Trump’s pre-inauguration concert, the Oscar-winning actress has made her stance on the reality television star, turned President, clear.

Without explicitly naming Trump, Jolie said refusing refugees on grounds of religion is “playing without fire” and divisive for the entire world.

“The truth is that even if the numbers of refugees we take in are small, and we do the bare minimum, we do it to uphold the United Nations conventions and standards we fought so hard to build after World War II, for the sake of our own security,” she wrote.

As the mother of three adopted children (from Cambodia, Vietnam and Ethiopia) and three biological children born in France and Namibia, Jolie also took the opportunity to voice her concern for those most in need of resettlement, namely children and survivors of torture.

“I very much want our country to be safe for them, and all our nation’s children,” she wrote.

“But I also want to know that refugee children who qualify for asylum will always have a chance to plead their case to a compassionate America.”

Jolie wrote that while it is vital that America protects its borders, it is not acceptable to bar citizens because of the country they come from, or what religion they practise. Instead, Jolie argues that the world should be united in fighting terrorism and understanding the real threats to security.

“We must never allow our values to become the collateral damage of a search for greater security. Shutting our door to refugees or discriminating among them is not our way, and does not make us safer. Acting out of fear is not our way. Targeting the weakest does not show strength.”

Jolie, 41, received an honorary Oscar for her humanitarian work in 2013. In 2016 the actress and film-maker visited refugee camps in Lebanon and Greece to meet with families fleeing war in the Middle East.