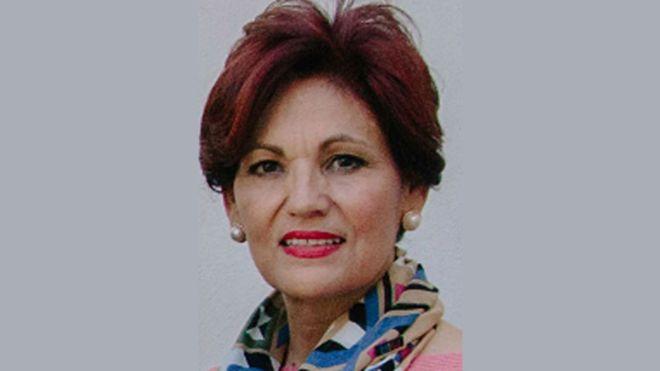 Alma Siller Contreras is a 59-year old Mexican woman who lives in Hermosillo, a town two-and-a-half hours south of the US border.

For as long as she can remember she has had a tourist visa for the US, a document Mexicans require if they want to visit their northern neighbours.

Ms Siller used her visa regularly to go on shopping trips and on weekend visits to see family living in Arizona, Las Vegas and New York.

However, last Monday, she went to the US consulate in her hometown to hand the document back.

“I’ve come to do something rather unusual. I want to return my visa,” she announced to stunned consular staff.

Her decision dates back to last year, when she heard the then-US presidential candidate Donald Trump refer to Mexicans as rapists and criminals.

“I told my husband: ‘That’s not right, imagine if he becomes president’,” she recalls. “If that happens I’ll return my visa,” she pledged at the time.

On Monday, Ms Siller walked into the consulate and handed in her visa along with a handwritten letter in which she explained her decision.

“I’m returning my visa voluntarily because I’m offended by your new President Donald Trump’s attitude towards my country, Mexico, and its people,” she wrote.

“This is my way of protesting and expressing my support for my beloved country and its inhabitants,” she added.

Ms Siller also announced that she would be requesting a new visa once Mr Trump was no longer in office.

“If I get it, great. If not it’s fine too, my decision is made,” she concluded.

After a family member posted a copy of Ms Siller’s handwritten letter on Facebook she became somewhat of a celebrity in Mexico.

Many of her acquaintances told her they admired her for what she did.

Ms Siller says her was not an act of courage, as some of her friends had called it.

She also does not expect other Mexicans to do the same.

“Every person has to follow his or her own soul. I wouldn’t ask anybody to return their visas, not even my children,” she said.

But she does have a message for Mexican President Enrique Pena Nieto.

One of Mr Trump’s main promises during his electoral campaign was to build a wall on the border with Mexico.

Three days into his presidency, Mr Trump signed an executive order to start its construction and said that Mexico would pay for the wall.

Ms Siller said she would like to see Mr Pena Nieto stand up to his US counterpart a bit more.

“He should be a bit more aggressive in defending us,” she said.