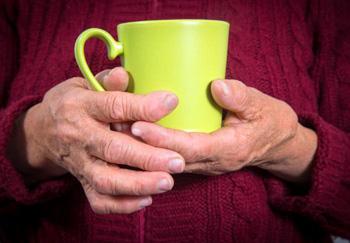 For the first time, researchers have identified a type of T cell that plays a key role in promoting the damaging autoimmune response that inflames and attacks the joints in rheumatoid arthritis. The discovery – made with technologies that help to analyze just a “handful of cells” – offers vital new clues to the biology of the disease and could lead to more powerful, targeted treatments.

The study – led by Brigham and Women’s Hospital (BWH), a teaching affiliate of Harvard Medical School in Boston, MA – is published in the journal Nature.

First author Dr. Deepak Rao, co-director of BWH’s Human Immunology Center, says that while there have been vast improvements in our ability to treat rheumatoid arthritis, the therapies remain blunt instruments that only block parts of the immune system in a nonspecific way. He adds:

“Our results help illuminate a path toward treatments that are much more precise and focused only on the most relevant immune cells.”

Rheumatoid arthritis is an autoimmune disease that diminishes quality of life and causes premature death and disability. The painful condition mostly inflames the lining of the joints (the synovial membrane), although it can also affect other organs.

Chronic inflammation in the joints gradually erodes the cartilage and bone, sometimes causing the joints to become deformed.

Rheumatoid arthritis is classed as an autoimmune disease because it results from a faulty immune response in which immune cells mistake tissues of the body for pathogens. However, the exact causes are not known.

There is currently no cure for rheumatoid arthritis, but drugs are becoming increasingly effective at treating the disease and preventing joint deformity.

Previous studies have provided significant evidence that T cells – and the way they interact with antibody-producing B cells – are heavily involved in rheumatoid arthritis.

The new study points the finger at a particular type of T cell.

For their study, Dr. Rao and colleagues used a “disease deconstruction” approach tostudy patient samples at a level of detail not previously achieved.

They used sophisticated technologies, such as mass cytometry and RNA sequencing, to isolate and characterize specific cells among the many types found in blood, the fluid surrounding joints, and joint tissue.

The team isolated the cells according to the types of molecules they sported on their surfaces and also according to which genes they had switched on and off.

They found a unique (yet abundant) type of T cell in patients with rheumatoid arthritis. The cells are a type of CD4+, or helper T cell, and accounted for around a quarter of the T cells in the patients’ joints.

On closer inspection, the researchers found that the new type of T cell is programmed to enter inflamed tissue and stimulate nearby B cells to produce autoantibodies – antibodies that attack the body’s own tissue instead of pathogens.

The study is thought to be the first to give a detailed description of a type of T cell with this unconventional feature.

Researchers now want to take these findings further and explore the signals that encourage these cells to develop. They also want to discover whether the cells are involved in other autoimmune diseases such as type 1 diabetes, lupus, and multiple sclerosis.

The team also plans to investigate whether the unique T cells could be an effective target for new rheumatoid arthritis treatments.

“These cells don’t adhere to the conventional view of helper T cells, and that is really interesting.”