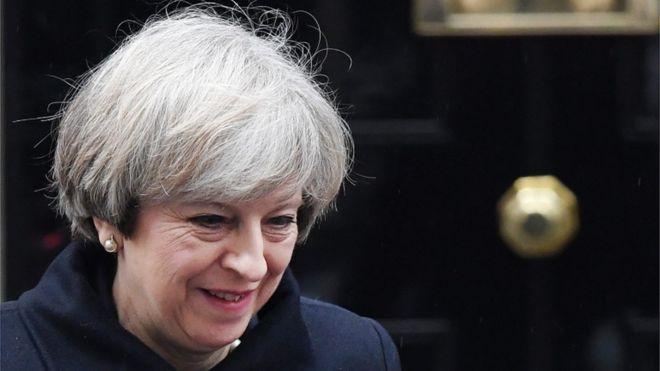 The question of Scottish independence was settled by the referendum in 2014, Downing Street has said.

It came after the UK defence secretary told BBC Scotland that the SNP should “forget” about holding a second referendum.

But Sir Michael Fallon would not be drawn on reports he had suggested the UK government would block a vote.

A spokeswoman for Prime Minister Theresa May later said that the referendum in 2014, when Scotland voted by 55% to 45% to remain in the UK, was “legal, fair and decisive”.

She added: “We believe that this issue was settled in 2014. Recent polls don’t suggest that there has been a big change in the views around a second referendum.”

The Scottish first minister has said another independence referendum was increasingly likely in the wake of the Brexit vote, but she would need the UK government’s permission in order to hold a second legally binding vote.

Speaking to BBC Radio Scotland’s Good Morning Scotland programme, Sir Michael said the SNP “need to forget all that stuff and get on with what they were elected to do.”

But he did not directly answer questions on whether or not the UK government would allow a vote.

He said: “We don’t see the need for a referendum – this is a diversion.

“What the Scottish government should be focusing on is what it was elected to do, which is to improve schools standards, get to grips with the problems in Scottish hospitals and reverse the serious rise in unemployment.”

The minister urged the SNP to focus on their “day job” and “not get into the theology of whether or not a second referendum should be held”.

The Herald newspaper said it had asked Sir Michael whether the UK government would facilitate a referendum during the lifetime of this parliament.

It quoted the Conservative politician as replying: “No, forget it. The respect agenda is two way.

Sir Michael was speaking ahead of a visit to Midlothian engineering firm MacTaggart Scott designs, at which he said the Treasury had approved the initial business case for a training school for naval crews working on the UK’s nuclear submarines.

The submarine school would be built at the Faslane naval base on the Clyde, which will be home to all 11 Royal Navy submarines from 2020 in a move which will see the number of people employed there rise from 6,800 to 8,200.

Scottish Conservative leader Ruth Davidson opposes a second referendum being held – but said last year that she did not believe the UK government should block one.

The UK government White Paper setting out its Brexit plans pledges to “ensure that more decisions are devolved” after the UK leaves the EU.

But while the government will “champion devolution”, it stressed there would be a “whole UK” approach to the Brexit negotiations.

Ms Sturgeon tweeted that there had been “serious backpedalling from Michael Fallon on GMS on blocking #indyref2” and that he “must have realised what a disastrous move it would be for Tories.”

Isn’t it the case that the Tories are actually running a wee bit feart?Nicola Sturgeon, SNP leader and Scotland’s first minister

She later told Holyrood: “If this parliament voted to have a referendum on independence, then absolutely I agree that no Westminster Tory should stand in the way of the voice of this parliament.

“The mandate of this government in relation to this is unequivocal – it was the Tories after all who put us in the position of being taken out of the European Union against our will, and with the support of only one of the 59 MPs in this country.

“Strange is it not that a Tory party that proclaims that it would be so confident of winning a referendum on independence now talks about trying to block it.

“Isn’t it the case that the Tories are actually running a wee bit feart?”