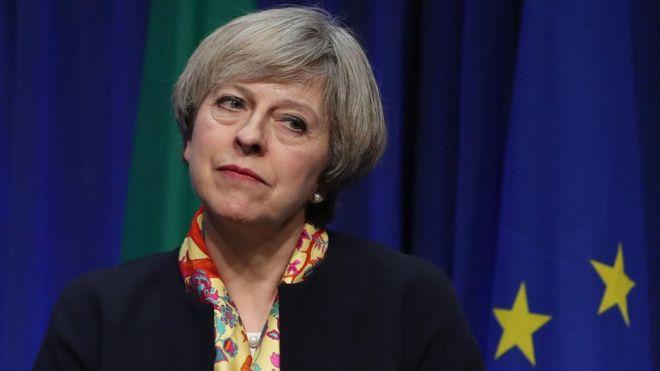 The UK prime minister is to urge EU Nato members to spend more on defence, at an informal summit in Malta.

Theresa May will brief leaders on her talks in the US with Donald Trump, when he indicated his commitment to Nato.

The UK is one of the few alliance members to meet pledges to spend a minimum of 2% of GDP on defence.

Mrs May will also pledge continued UK help with Europe’s migrant crisis – a focus for the summit – and to be a “reliable partner” after Brexit.

She will argue that she wants a “new, positive and constructive” relationship with the EU after Brexit, Downing Street said.

She is also expected to stress that a strong EU is in the interests of the UK.

Mrs May is expected to leave Malta’s capital Valletta after morning discussions and one-to-one talks.

The remaining EU leaders will discuss plans for a summit in Rome in March and the future of the EU.

On Thursday, the prime minister of Malta, Joseph Muscat, whose country holds the rotating European Council presidency, told Sky News he wanted a “fair deal” for the UK after Brexit, but said that it must be “inferior” to full EU membership.

He said: “I do believe the UK is in a very delicate situation, right now. It is fetching a free trade deal with Europe and eventually the United States.

“In both trade deals it will be the junior partner because the UK is much larger than most European states, but it is smaller than Europe as a whole and smaller than the United States as a whole.”

Britain’s strategic ambition to act as a bridge between Europe and the United States long predates Brexit, but it has now become a central component of the government’s hopes of keeping and building influence in the world.

Theresa May will tell EU leaders of her particular achievement – as Downing Street sees it – in drawing a promise of a 100% commitment to Nato from Donald Trump, following earlier indications that his commitment to the Western alliance was wavering.

But pressing for higher defence spending looks like a tough ask.

And her hopes of becoming a bridge – or honest broker – between the EU and the US won’t be easily fulfilled either.

Mr Trump is no supporter of the EU – he favours nation-to-nation relationships.

He’s also mentioned the German leader Angela Merkel in the same breath as Vladimir Putin in discussing future relations, and the French President Francois Hollande has urged EU leaders to stand up to him.

Like much of the prime minister’s post-Brexit mission, this strategic ambition is more easily conceived than carried out.

He said Russia was “clearly testing Nato and the West” and it was in Europe’s interests to keep Nato strong to deter and dissuade Moscow.

Mr Trump had previously called the transatlantic alliance “obsolete”, but Mrs May will tell EU leaders that at talks in the US last week, he confirmed he was “100% behind Nato”.

But while close trade and strategic ties with the Trump administration are central to Downing Street’s plans for Britain after Brexit, relations between the White House and European leaders are already strained, after the US ban on refugees and visa holders from a number of mainly Muslim countries.

Speaking at a joint press conference in Washington with President Trump last Friday, Mrs May said: “I’ve agreed to continue my efforts to encourage my fellow European leaders to deliver on their commitments to spend 2% of their GDP on defence, so that the burden is more fairly shared.

“It’s only by investing properly in our defence that we can ensure we are properly equipped to face our shared challenges together.”

Nato estimates for 2016 show that only five alliance members – the US, UK, Greece, Poland and Estonia – will spend a minimum of 2% of national output (GDP) on defence, which is the target.

Mr Trump has said that Nato allies are over-reliant on the US and has questioned whether the US should defend any alliance partner, under Article 5, if so many of the 28 Nato members are not paying their way.