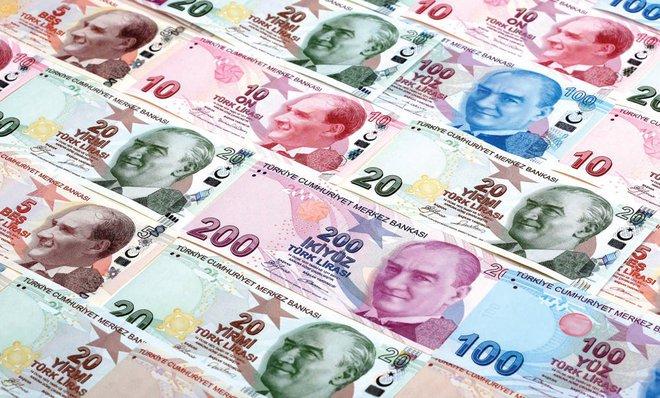 LONDON: The Turkish lira and the Mexican peso surged to multi-week highs on Thursday, leading emerging markets which took heart from a weaker dollar after the US Federal Reserve gave no hint of accelerating rate hikes.
The greenback slipped to an 11-week low against a basket of currencies after the Fed held interest rates on Wednesday in its first meeting since President Donald Trump took office.
While painting a fairly upbeat picture of the economy, it gave no firm signal on the timing of its next rate move. The peso strengthened nearly 1 percent to hit its strongest level in six weeks while South Africa’s rand added 0.6 percent.
The lira meanwhile rose as much as 1.5 percent to hit a three-week high, its fourth straight day of gains after suffering the worst January in almost a quarter of a century.
“One (factor) is the broad-based weakness of the dollar — this is something we are seeing across the market,” said Murat Toprak, FX strategist at HSBC. Toprak said markets had started to unwind some of the extreme lira short positions of recent days.
“Also, the liquidity tightening policy of the Turkish central bank is starting to produce some effects, with the average cost of funding of banks above 10 percent providing support for the lira,” said Toprak, who nonetheless remains “cautious” on the currency.
The lira and the peso — both among the worst performing emerging market currencies this year — have been lightning rods for emerging market investors’ angst over Trump’s policy direction. Russia’s rouble strengthened 0.7 percent, supported by rising oil prices , ahead of a central bank meeting on Friday — the first since policy makers introduced a dollar-buying program last week.
The new budget rule starting in February is aimed at shielding the economy from oil price swings and replenishing reserves. The International Monetary Fund has welcomed the new budget rule.
Emerging stocks rose 0.3 percent, edging closer to the near-three month high hit in mid-January with bourses in Moscow, Turkey and emerging Europe lifting the index.
Investors were also awaiting the outcome of a policy meeting at the Czech central bank. Analysts expect the bank will remove its cap on currency strength in the second quarter of the year and have been piling into crown assets, even though the bank has said it would not rush into the move.