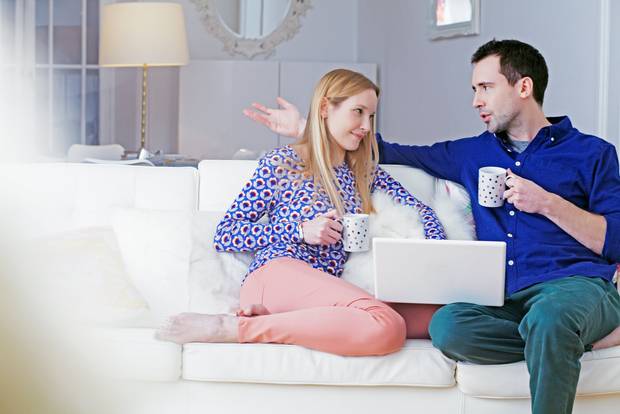 While romantic relationships are often a source of happiness, trust and companionship, they all experience their own problems.

And there’s one person who’s seen them all: relationship counsellors.

When you are involved in the relationship it can feel as though an arising issue is exclusive to you and your partner, however, in actual fact, these experts say the same issues often affect the majority of couples – no matter whether they differ in age, seriousness or same-sex or heterosexual.

Relate counsellor Christine Northam ran The Independent through a few of the ones which just keep cropping up.

The age-old saying that communication is key in relationships is something that should be very closely followed, says Northam. Part of the problem, she says, is that if we grew up witnessing our parents not communicating enough we are in danger of following this pattern.

“We don’t usually get taught at school how to communicate in relationships. We tend to learn this from our parents which means that if they didn’t talk openly and honestly to each other, we are in danger of making the same mistake ourselves,” says Northam. “The first step towards better communication in relationships is recognising how important it is.  Then it’s about making the effort to talk to each other and to really listen to one another.  This takes effort and this is where many couples fail.”

Communication can mean just checking in and ensuring your partner is ok, Northam says, and it also includes sharing good news as well as the not so good.

“See if there’s anything they need support with or any good news they want to share,” she advises. “If things aren’t going so well, be honest with them and talk together about how you can overcome this.”

The fallout from infidelity

Unsurprisingly, affairs are one of the most common reasons couples attend therapy. Northam says they are “relatively common and can happen in happy relationships”. Infidelity can procure feelings of hurt, distrust and insecurities which can be hurdles to getting a relationship back on track however Northam says it is how the couple deals with it which determines whether the relationship will survive.

“For some couples, the affair can be used as a learning point which can show them what they need to work on in the relationship and how to better communicate and understand one another.  Affairs rarely have one cause and understanding the reasons behind an affair will help you to both move forward- whether you decide to do that together or separately,” she says.

Worries about work and money, particularly in a post-recession society, can pressure a relationship. “Sometimes couples have little control over finances and work life balance but it’s important to keep checking in with one another and working out what’s important to you. For example, could you afford to take a small pay cut or a job nearer to home if it meant more time with the family?” Northam says.

Money can also divide couples, especially when one has a different attitude to spending than the other.  “It can cause a great deal of tension if one is a spender and the other is a saver,” Northam says. “Again, the problems occur when couples fail to talk things through.”

Raising a family brings with it its own kind of pressures and strains for relationships as couples often find themselves going on less date nights and more play dates. However, the problems can be exacerbated if either parent has a different parenting approach to the other.

“Tensions about how to bring up the children, whether that’s step children or a couple’s own children are a major cause of relationship distress,” Northam says.  “There’s a lot of awareness and information out there now about how to be a good parent and often couples have different ideas about what the best approach is.  One parent might be more authoritarian and the other may more permissive. Because they have different beliefs about what good parenting looks like they will argue time and time again.  There’s no right or wrong style but it’s important to talk to each other about common goals and develop a parenting style that works for both of you. “

A lack of time spent cultivating a relationship

A frequently forgotten misconception about relationships is that they need work and attention. The Honeymoon phase only lasts so long and while it is possible to stay in a happy and fruitful relationship after this period, it is important not to take each other for granted and get too comfortable.

“Relationships often fail because couples fail to recognise and meet one another’s needs. When the initial feeling of falling in love wears off, it can be easy to take each other for granted and lose interest and this is where a lot of relationships go wrong.”

Northam suggests paying each other compliments and not letting the physical contact and affection wane.: “There are lots of ways you can invest in your relationship – including having some kind of warm, physical contact with your partner each day and letting your partner know regularly about the things you appreciate about them.”