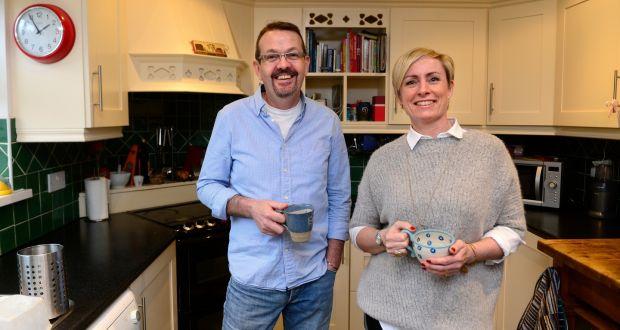 A wife writes: The hardest thing that I found is the complete helplessness you feel

In May 2014 my husband, Enda, was riddled with leukaemia. We didn’t know it at the time – he was not displaying the usual red flag signs of tiredness or bruising. He felt pain near his heart which brought him to A&E. Days later he is in an isolation room and told that he has leukaemia by his consultant and a coterie of medics. A Pickman line was quickly inserted before he rang me at work to come to the hospital. His voice was calm but I knew he wasn’t. I had a visceral feeling as I parked the car that I was walking towards bad news.

The medical facts were then machine-gun fired out in a perfunctory fashion by his consultant haematologist; each new fact delivered was like a slap on the face and there were many blows.

“You have absolutely no bone marrow at the minute. The cancer has eaten it all up. You will need three rounds of chemo and then a bone marrow transplant. You won’t work for a year. It’s very advanced” – how to silence a room. Everyone leaves us; they know that the emotional floodgates are going to come over us – they’ve seen it all too often.

My husband is then thrust into a cancer world with such alacrity that it’s hard to comprehend. He has been given involuntary membership to an unwanted club. He is about to hop on the cancer road trip – destination and duration unknown.

Pre-cancer, Enda was a strong, fit, DIY man – he had his jobs, I had mine. After two weeks, I saw what cancer does to a person; his masculinity is bleached away to expose a vulnerability and a weakness I’ve never known. It frightens me beyond belief. Chemo and cancer = man cancelling.

His pain is ameliorated with opiates sending him into an hallucinogenic hell and the corollary effects aren’t pleasant to watch. His mood vacillates from hour to hour. I find myself walking on eggshells – this is not my husband. He’s no longer the captain of our ship – everything is out of his control. He hands himself over to the professionals.

Next to go is the hair. He is upset but hides it well. He now looks like a cancer patient – people either stare rudely at him or don’t make eye contact at all in case it’s contagious. From behind he looks like a very old man; his stooped posture belying his youthful age.

The gravity of the situation hits me hardest one day in the hospital lift. Enda is in a wheelchair and I am horrified at the vision that is reflected back to me from a mirror. His head is bent low as if the mere weight of it is too hard to bear. His once thick, black hair replaced by a grey fuzz. His healthy body has been atrophied by cancer to reveal a sickly, emaciated shadow of himself. An “imposter” has taken up residence in his body, settling itself in for the next several months. There is a deathly silence in the lift; people look to the ground or straight ahead. I look away myself immersed in jealousy over their healthy bodies; tears are just about held at bay.

The next few months are a blur – I spend all summer in the hospital trying to come to terms with this new version of life. Next up is to find a donor match for the bone marrow transplant. He has seven siblings but one is ruled out due to his “dalliance” with the disease seven years previous. Luckily one of his brothers is a match. His six weeks “locked up” in the transplant room in a vegetative and morphined state, were a nightmare. The unit is in the bowels of James’ hospital where the corridors are an empty void of specialist nurses and consultants. I called it a torture chamber, which is ironic because it’s a place where his life was saved.

So what about the carer – how best to cope?

I found unbelievable generosity from people at work. A core group made dinners for me and bought massage vouchers. A serious illness will reveal people’s munificence of spirit. Family helped with our younger two children. My word of advice to carers is don’t be afraid to ask people to do things for you; I regret not doing that enough.

Stress hit me after the bone marrow transplant like a brick! Suppressing your stress is not advisable; I highly recommend crying. It releases stress hormones, anaesthetises the pain and it’s free. I can still be an emotional wreck – feeling tears catch my throat at the most inappropriate time. These moments I dread; they come without warning. Like an emotional tsunami crashing down on me – the perfect surfer’s wave.

The hardest thing that I found is the complete helplessness you feel. A hug just isn’t going to cut it when your loved one is crying in pain, foetal position, sweating out whatever infection is coursing through his body. Nothing prepares you to cope with this “new norm”. Cancer will test the strength of any relationship and I can’t imagine anyone going through this on their own. They must be the loneliest people on the earth.

I feel like I took a deep breath over two years ago and haven’t fully exhaled yet. I look forward to a day where we can get back our planning privileges for the future.

So why did my husband get leukaemia? One medic’s answer was “he’s just unlucky!” I’m afraid that answer just sucks. Cancer is hostile; the devil incarnate – a complete monster who belligerently attacks good, decent people. It doesn’t discriminate. But medical science is winning because without it, my husband would not be here – for this I am so grateful. It wasn’t his time to go. He has two daughters to potentially walk up the aisle, future grandchildren to spoil and lots of golf to play!