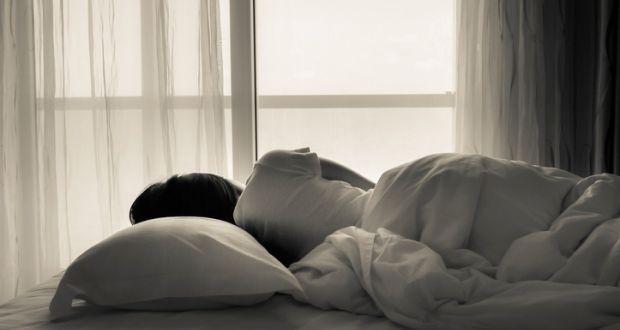 Unthinkable: Examples include ‘women being pressured – not quite to the point of outright coercion – to have sex, or to have sex without contraception’, says philosopher Ann Cahill

Uncertainty surrounding the boundaries of ethical sexual activity is not confined to boozed-up young adults or American presidents. Among academics there is discussion about what distinguishes rape and sexual assault from another category of “ethically problematic” sex.

Examples of “unjust sex” include “women being pressured – not quite to the point of outright coercion, but pressured uncomfortably nonetheless – to have sex, or to have sex without contraception,” explains Ann Cahill, author of a number of books on gender issues including Rethinking Rape.

Cahill, professor of philosophy at Elon University in North Carolina who is visiting Dublin this week, says she has tried to “figure out in more detail” what distinguishes sexual assault from “unjust sex”, drawing on the work of New Zealand psychologist Nicola Gavey.

Her analysis has led her to challenge the traditional feminist concern with “objectification”: treating women’s bodies as objects. Instead, she uses “derivatisation” – treating women as “stunted persons, persons whose identity and behaviour is primarily or entirely limited by the desires of another person” – as a standard by which to measure actions.

Cahill says “we need to remember that sexual assault is not the only kind of sexual interaction that is ethically problematic. Too often our approach to sexual ethics is limited by relying solely on the presence of consent, a reliance that obscures other crucial elements in sexual interactions that are ethically relevant”.

How do you distinguish “unjust sex” from rape?

“Briefly, I argue that examples of unjust sex and incidents of sexual assault share an indifference to women’s sexual preferences, desires and wellbeing, and that’s what explains how unjust sex perpetuates and upholds rape culture. In both cases, the specific sexuality of the woman is not participating robustly in the creation of the sexual interaction.

“What distinguishes the two examples, I then argue, is the specific role that the woman’s sexual subjectivity plays. In the case of examples within the grey area of unjust sex, women’s agency plays an important role: if a man repeats a request for or invitation to sex multiple times, for example, that very repetition indicates that the woman’s consent is important.

“However, I also argue that the role that the woman’s agency plays is a problematically stunted one that limits the kind of influence she can have on the quality of the interaction that ensues, and does so to such an extent that it renders the interaction unethical.

“In the case of sexual assault, the woman’s agency is either overcome – by force, or coercion, or other methods – or undone entirely, by use of drugs or alcohol.”

Where does “objectification” come into this, and does sexual attraction always entail some element of it?

“Feminists have long used the notion of objectification as an ethical lens, and specifically, as an ethically pejorative term. And certainly I do think that many of the social and political phenomena that feminists have criticised by using the term ‘objectification’ – dominant forms of pornography, oppressive medical practices, common representations of women’s bodies – are worthy of ethical critique.

“However, I worry about what the term ‘objectification’ implies, and when I dug into the philosophical literature that sought to really unpack the term, my worries only intensified. If objectification means, roughly, to be treated as a thing – a material entity – and if it is virtually always ethically problematic, then it seems we are committed to a metaphysics that places our materiality in opposition to our humanity or moral worth.

“But what if our materiality, our embodiment, is not contrary to our humanity or moral worth, but an essential part of it? If we approach embodiment in this way, then to be treated like a thing is not necessarily degrading or dehumanising. In fact, having one’s body be the object of a sexualising gaze and/or touch could be deeply affirming.

You say women “are encouraged, and in some cases required, to take on identities that are reducible to male heterosexual desires”. How do women avoid being so “derivatised” while in a relationship?

“This is a tricky matter, because human beings are intersubjective.

Is the power dynamic always working in one direction, however? Women are capable of objectifying men. Should that concern us too?

“As I state above, objectification is not necessarily ethically problematic. And so to the extent that women have the capacity to treat men’s bodies as material entities, yes, they can objectify them.

“While it’s not impossible for women to derivatise men – one can imagine, for example, a woman evaluating a man as a sexual partner solely on the basis of whether he matches her sexual preferences – structurally, those examples of derivatisation don’t add up to the kind of persistent inequality that still tracks along gender lines.

“Although I haven’t written about this before, however, it seems to me that hegemonic masculinity does have a derivatising effect on heterosexual men, to the extent that it requires them to derivatise women. In this sense, the subjectivity of heterosexual men is stunted to the extent that it is required to engage in the kinds of behaviour that demonstrates disrespect of women as moral equals – behaviour that is necessary for other heterosexual male subjects to be confirmed or affirmed in their own forms of masculinity.

“To the extent that heterosexual men can find their standing within homosocial relations threatened or troubled if they refuse to derivatise women, or at least pretend to, then they are also subject to a failure to recognise their own ontological distinctness.”

Ann Cahill will speak about “Unjust Sex vs Rape” at a Society of Women in Philosophy Ireland workshop on Tuesday, February 7th, at NUI Merrion Square, Dublin. Details on www.swip-ireland.com/