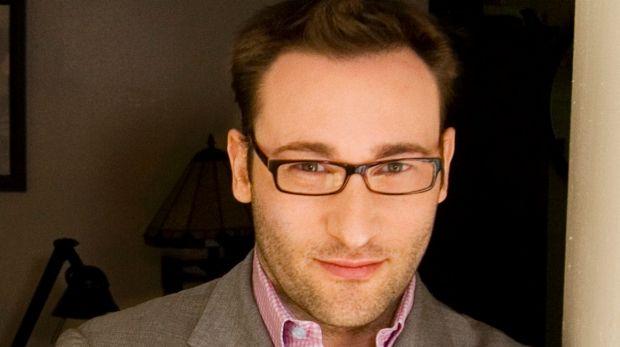 The much-maligned Millennial generation is not really a bunch of lazy, entitled narcissists; it is just misunderstood.

That’s the opinion of author and public speaker Simon Sinek whose views on today’s teens and twentysomethings have been shared millions of times since being posted online late last year.

The 43-year-old Gen Xer describes the younger generation as “accused of being entitled and narcissistic, self interested, unfocused and lazy – but entitled is the big one” – blaming the situation on cosseted parenting, technology overload, their own impatience and the current environment.

Mr Sinek’s interview, which has been viewed 60 million times, has drawn criticism as well as support from Millennials, generally described as being born between 1982 and 2004, although definitions do vary.

“It touched a nerve,” he said. “For a lot of people people who lead millennials, it gave them some insight. The overwhelming majority of Millennials said: ‘Thank you, we feel understood.’ That was very heartening.”

The British-born, US-based management guru, who will be in Australia for a speaking tour next month, said business leaders constantly asked him for advice on guiding Millennials in the workplace where they were a growing force.

“The most important thing is to practice empathy,” he said. “Leaders have to be supportive of Millennials because they are unbelievably misunderstood. Leaders can’t say: ‘I just need them to work.’ That’s irresponsible.”

The problem, as Mr Sinek saw it, lay with bosses rather than the Millennials, who were expected to represent an estimated 50 per cent of the global workforce by 2020.

“Companies need to take responsibility,” he said. “Every single one of us wants to work in a organisation where we feel like our leaders care about us as human beings.

“Millennials are the ones speaking out. The rest of us just suffer in silence, go to work and put our heads down where Millennials are publicly saying: ‘We want more.’ God bless them. I love them for it. Companies have to pick up their game.

“There is too much bad leadership in companies. Most leaders suck because nobody taught them how to lead.”

Jacqui McKenzie, acting chief executive of Youth Action, the peak body for young people in NSW, said the Millennials were often under-estimated in the workplace.

“This framing of young people doesn’t really speak to their strengths,” Ms McKenzie, herself a millennial, said.

“For example, I see a lot of young people becoming entrepreneurs because they feel traditional workplaces don’t fulfil them. They are not sitting around waiting for their dream job to land in their lap; they are not entitled.”

“Baby Boomers or Generation Xers might say Millennials are difficult to deal with but surveys have been done that indicate Baby Boomers are the least popular generation in the workplace,” she said.

“Millennials genuinely believe – and rightly so – they should be able to avail themselves of every opportunity their skills, knowledge, education and intelligence affords them. In that respect they are expectant. That doesn’t mean they are entitled.

“There is a lot of deep-seated resentment from older managers wondering why these people have such expectations.”

Chairman of the Australian Human Resources Institute Peter Wilson said the behaviour of Millennials could frustrate older colleagues but good managers would adapt to it.

“They do require more continuous attention and feedback,” he said.

“When they want feedback, they’re in your face. They’ll talk to the group CEO in the lift and they will express their views. It’s the same with the boss. They will be quite open, which can be confronting for traditional managers, but the successful managers will accommodate that.”

Millennials were less likely to stick with the same organisation for decades, but would be an asset while they were there.

“They like meaning and variety in their work,” Ms Faraday-Brash said. “For as long as they are in a job, they will make a fantastic contribution because they are very switched on.”

Sanna Marin: The feminist PM who says trans people have a ‘right to self-identify’