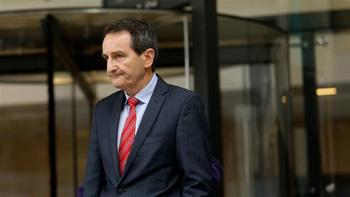 Seven percent of priests in Australia’s Catholic Church have been accused of sexually abusing children over the past several decades, but the allegations were never investigated, an Australian commission on child abuse has revealed.

On Monday, the Royal Commission into Institutional Responses to Child Sexual Abuse released data that showed one in 14 of Australia’s priests allegedly abused children between 1950 and 2010.

The data, which is based on four years of hearings, also showed that up to 15 percent of priests in some dioceses were alleged perpetrators, with abusers most prevalent in the bishoprics of Victoria, South Australia, and New South Wales.

The numbers were the worst for the St. John of God Brothers religious order, where a staggering 40 percent of members were accused of having sexually abused children.

The commission spoke to thousands of survivors and heard claims of child abuse involving churches, orphanages, sporting clubs, youth groups, and schools. In total, according to the data it compiled, around 4,444 sexual abuse cases were reported to Church authorities.

The average age of victims was said to have been 10 for girls and 11 for boys. The majority of victims were reported to be male.

Almost 1,900 perpetrators were identified and another 500 remained unidentified.

Gail Furness, the lawyer leading the questioning in the commission, revealed that the Church had refused to provide documents of abuse cases against Australian priests.

“The royal commission hoped to gain an understanding of the action taken in each case” Furness said. “The Holy See responded, on July 1, 2014, that it was ‘neither possible nor appropriate to provide the information requested.’”

The church in Australia set up the Truth, Justice and Healing Council to coordinate its response to the allegations of child abuse at the Church. Following the release of the recent data, an opening statement was made by the council’s chief executive Francis Sullivan. He indicated that the data without doubt “undermines the image and credibility of the priesthood.”

Sullivan described the abuse as a “massive failure” of the Church and as a corruption of the gospel. “As Catholics, we hang our heads in shame,” he said.

Several senior Australian Catholics will be testifying over the next few weeks, and the commission’s final report is due by the end of 2017.

The catholic establishments around the world have been struck by similar revelations in recent years.