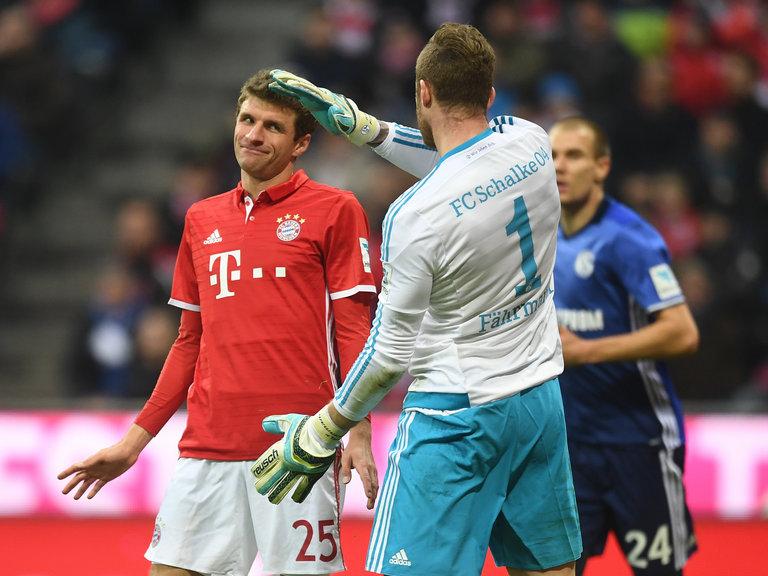 A review of the weekend’s action in the German Bundesliga.

The visitors led twice at the SGL Arena after Theodor Gebre Selassie has put them ahead from close range with 26 minutes gone and Max Kruse converted a 65th-minute penalty following Martin Hintetregger’s foul on Serge Gnabry.

However, Jonathan Schmid cancelled out Bremen’s first goal within two minutes and Ja-cheol Koo repeated the dose 11 minutes from time to set up Paraguay international Bobadilla to win it in the fourth minute of stoppage time after a lightning break.

Eintracht Frankfurt left it late to see off bottom-of-the-table Darmstadt 2-0 as two goals inside the final 16 minutes finally did for the visitors.

Makoto Hasebe put the home side ahead from the penalty spot following Alexander Milosevic’s foul on Jesus Vallejo, and fellow midfielder Ante Rebic made sure seven minutes from time.

On Sunday, leaders Bayern Munich saw their winning run come to an end as Schalke battled to a 1-1 draw at the Allianz Arena.

Robert Lewandowski fired Bayern in front after just nine minutes, which seemed to set them up for what would have been a ninth straight victory in all competitions.

However, the home side could only defend their advantage for four minutes as Arturo Vidal brought down Guido Burgstaller 20 yards out and Brazilian defender Naldo cracked in the free-kick.

Philipp Lahm made his 500th competitive appearance for Bayern when coming on as a 77th-minute substitute and could have seen his team secure a late winner, but Javi Martinez shot wide at the far post.

Bayern, though, actually extended their advantage over RB Leipzig to four points after their title rivals went down 1-0 at Borussia Dortmund, who move up to third.

Pierre-Emerick Aubameyang netted the only goal on 35 minutes when the Gabon forward, who came back after the hosts’ early exit from the Africa Cup of Nations, headed in after a thrilling run and cross from winger Ousmane Dembele.

Dortmund could have further pressed home their advantage in the second half, with Aubameyang and Marco Reus both failing to make the most of good chances.

Hoffenheim are alongside Dortmund on 34 points after they beat Mainz 4-0 at the Rhein-Neckar-Arena.

Mark Uth volleyed the home side into an early lead in the fourth minute, but it was not until late on when Hoffenheim finally made sure of the result.

Hertha Berlin saw off Ingolstadt 1-0 at the Olympiastadion, where the game’s only goal came inside the first two minutes.

Salomon Kalou broke down the left flank before his cross was converted past goalkeeper Martin Hansen by Genki Haraguchi, the Japan forward’s first goal of the season enough to end a two-match losing streak.

Cologne also kept up their top-six challenge with a 1-0 win over Wolfsburg thanks to a late penalty from Anthony Modeste.

Konstantin Rausch had seen a corner curl against the Wolfsburg crossbar in the second half, while at the other end Luiz Gustavo headed over.

Frenchman Modeste, though, produced the decisive moment when he converted from the spot with just nine minutes left having been fouled for the penalty.

Borussia Monchengladbach continued their unbeaten run under new coach Dieter Hecking with a 3-0 victory over Freiburg.

Captain Lars Stindl broke the deadlock on 73 minutes when his shot went in off the post, before Raffael doubled the lead from close range five minutes later and substitute Patrick Herrmann added a third in injury-time.

On Friday night, Kyriakos Papadopoulos scored the only goal of the game as Hamburg beat Bayer Leverkusen 1-0.