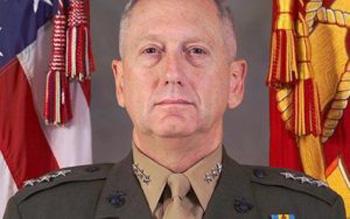 Over many decades, the U.S. establishment has become practiced at putting out claims that are completely false or that leave out key details to mislead the public, but now come complaints about “fake news,” observes William Blum.

As the Queen in Alice in Wonderland explained, “Why, sometimes I’ve believed as many as six impossible things before breakfast.” Or as new Secretary of Defense James Mattis has said, “Since Yalta, we have a long list of times we’ve tried to engage positively with Russia. We have a relatively short list of successes in that regard.”

If anyone knows where to find this long list, please send me a copy.

This delusion is repeated periodically by American military officials. A year ago, following the release of Russia’s new national security document, naming as threats both the United States and the expansion of the NATO alliance, a Pentagon spokesman declared: “They have no reason to consider us a threat. We are not looking for conflict with Russia.”

Meanwhile, in early January, the United States embarked upon its biggest military buildup in Europe since the end of the Cold War – 3,500 American soldiers landed, unloading three shiploads, with 2,500 tanks, trucks and other combat vehicles. The troops were to be deployed in Poland, Romania, Bulgaria, Germany, Hungary and across the Baltics. Lt. Gen. Frederick Hodges, commander of U.S. forces in Europe, said, “Three years after the last American tanks left the continent, we need to get them back.”

The measures, General Hodges declared, were a “response to Russia’s invasion of Ukraine and the illegal annexation of Crimea. This does not mean that there necessarily has to be a war, none of this is inevitable, but Moscow is preparing for the possibility.” (See previous paragraph.)

This January 2017 buildup, we are told, is in response to a Russian action in Crimea of March 2014. The alert reader will have noticed that critics of Russia in recent years, virtually without exception, condemn Moscow’s Crimean action and typically nothing else. Could that be because they have nothing else to condemn about Russia’s foreign policy?

At the same time they invariably fail to point out what preceded the Russian action – the overthrow, with Washington’s indispensable help, of the democratically-elected, Moscow-friendly Ukrainian government, replacing it with an anti-Russian, neo-fascist (literally) regime, complete with Nazi salutes and swastika-like symbols.

Ukraine and Georgia, both of which border Russia, are all that’s left to complete the U.S./NATO encirclement. And when the U.S. overthrew the government of Ukraine, why shouldn’t Russia have been alarmed as the circle was about to close yet tighter? Even so, the Russian military appeared in Ukraine only in Crimea, where the Russians already had a military base with the approval of the Ukrainian government. No one could have blocked Moscow from taking over all of Ukraine if they wanted to.

Yet, the United States is right. Russia is a threat. A threat to American world dominance. And Americans can’t shake their upbringing. Here’s veteran National Public Radio newscaster Cokie Roberts bemoaning Trump’s stated desire to develop friendly relations with Russia: “This country has had a consistent policy for 70 years towards the Soviet Union and Russia, and Trump is trying to undo that.” Heavens! Nuclear war would be better than that!

The entire emphasis has been on whether a particular news item is factually correct or incorrect. However, that is not the main problem with mainstream media. A news item can be factually correct and still be very biased and misleading because of what’s been left out, such as the relevant information about the Russian “invasion” of Crimea mentioned above.

But when it comes to real fake news it’s difficult to top the CIA’s record in Latin America as revealed by Philip Agee, the leading whistleblower of all time. Agee spent 12 years (1957-69) as a CIA case officer, most of it in Latin America.

His first book, Inside the Company: CIA Diary, published in 1974 revealed how it was a common Agency tactic to write editorials and phony news stories to be knowingly published by Latin American media with no indication of the CIA authorship or CIA payment to the particular media.

The propaganda value of such a “news” item might be multiplied by being picked up by other CIA stations in Latin America who would disseminate it through a CIA-owned news agency or a CIA-owned radio station. Some of these stories made their way back to the United States to be read or heard by unknowing North Americans.