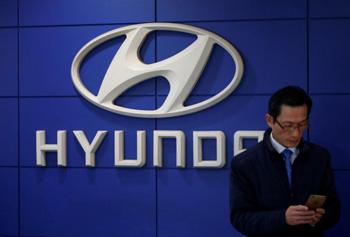 Hyundai Motor Group, South Korea’s second-biggest conglomerate, said on Monday that in an annual reshuffle it has promoted 348 executives, down 5 percent from last year, due to “growing business uncertainty”.

None of the executives of the major conglomerates have been charged with any wrongdoings so far.

Hyundai Motor Group said its management reshuffle “takes into account various situations”, but did not elaborate on the change in its timing.

Among those promoted was Jang Woong-jun, who is involved in developing technology for self-driving cars. Jang, who studied at Stanford University, has been promoted to the post of a director, making him the youngest executive of the group at the age of 37.