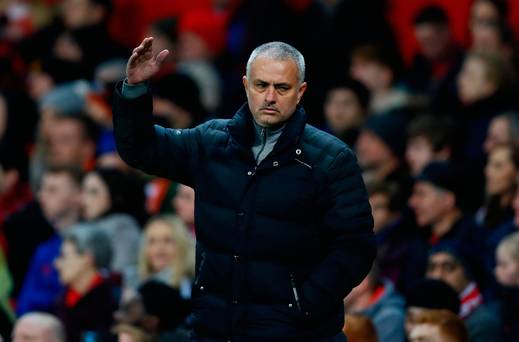 Jose Mourinho has sarcastically said that defending is now seen as an “art” in England, in contrast to the criticism his title-winning teams used to receive.

Undoubtedly referencing the praise that Chelsea have enjoyed in streaking clear at the top of the Premier League while occasionally playing pragmatic counter-attacking football, the Portuguese clearly feels that is different to the coverage when he won his three titles with the same club.

“You know, my team is playing very well,” Mourinho began. “But for many, many years in my career, especially in this country, when my teams were ruthless, and when my teams were phenomenal defensively and very good on the counter-attack, I listened week after week that it was not enough, in spite of winning the title three times.

“It looks like this season to be phenomenal defensively and good on the counter-attack, is art so it was a big change in England.”

It is the second time Mourinho has so conspicuously made that point, following on from similar comments after United’s 1-1 draw away to Everton at the start of December, so it is clearly bothering him.

One big difference to then, though, is that United played such glorious attacking football in their 3-0 win over Leicester City. They cut the champions apart with three fine goals, and Mourinho was obviously quite proud of that, insisting they would never play in such a counter-attacking way.

“As I was saying with the first four chances, we scored three goals and that changed completely the story of the game. If we don’t score these goals, we could be here speaking again about another draw, and draws are fine. You have very good feeling, momentum, no defeats in three months in the Premier League, so you have a great feeling but then you look to the table and the points are not there so it was very important.”