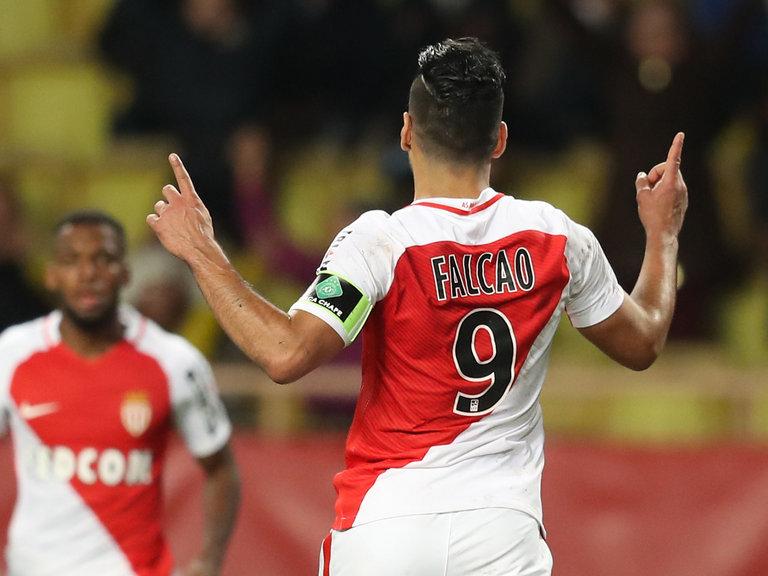 A review of the weekend’s action in the French Ligue 1.

Kevin Monnet-Paquet and Romain Hamouma fired St Etienne to within a point of Ligue 1’s top four with a stormy 2-0 victory over nine-man Lyon.

Monnet-Paquet’s ninth-minute strike got the home side off to a great start at the Stade Geoffroy-Guichard and Hamouma doubled their advantage just 13 minutes later.

In the meantime, Corentin Tolisso had hit the post with a 13th-minute header as the visitors tried to repair the early damage, but Lyon goalkeeper Anthony Lopes had to pull off good saves to prevent Vincent Pajot and substitute Nolan Roux from extending St Etienne’s lead.

But in a dramatic conclusion to the game, Lyon had Rachid Ghezzal and Tolisso dismissed and St Etienne’s Fabien Lemoine, who had only been introduced as an 88th-minute substitute, also saw red with all three sendings-off coming in stoppage time.

The home side launched a second-half blitz to secure a 4-0 win at the Stadium Municipal after both sides had seen chances come and go before the break.

Andy Delort set the ball rolling within two minutes of the restart when he converted Corentin Jean’s cross, and it was 2-0 within nine minutes when Martin Braithwaite struck from the penalty spot after Jean had been fouled by Denis Petric.

There was an explosive conclusion to Nancy’s 2-0 win at Nantes as both sides were reduced to 10 men in stoppage time.

Nantes midfielder Amine Harit and Nancy full-back Vincent Muratori were dismissed after an altercation with the visitors having already wrapped up the win.

Issiar Dia had put his side ahead five minutes into the second half, and the points were safe with 24 minutes remaining when Julien Cetout converted Junior Dale’s cross.

On Saturday, Radamel Falcao scored two second-half goals as Monaco moved three points clear in Ligue 1 with a 3-0 victory in their much-anticipated top-of-the-table derby at home to Nice.

Valere Germain’s 47th-minute header put Monaco in front before Falcao doubled up with a tap-in on the hour and then his 14th goal of the campaign 10 minutes from time at the Stade Louis II Stadium.

Both goalscorers owed much to the brilliant crossing of Benjamin Mendy as Monaco put distance between themselves and their nearest pursuers, after they and Nice had begun the match level on 49 points each.

Paris St Germain moved above Nice into second, on goal difference, with a 3-1 win at Dijon.

Manager’s son Yoann Gourcuff kept his dad Christian happy with the 69th-minute goal which earned a point for Rennes at Bordeaux, after Jeremy Menez had struck first for the hosts approaching the hour mark.

Steve Mounie scored twice, in the 17th and 64th minutes, as Montpellier followed two successive defeats with a 2-1 win at home to Bastia.

Enzo Crivelli got the visitors level in the 34th-minute at the Stade de la Mosson, but the evening ended on a sour note for Bastia when Alexander Djiku was sent off just before the final whistle.

Bottom club Lorient are just one point behind Bastia after their first away win of the entire campaign, 1-0 at Lille thanks to Jeremie Aliadiere’s goal early in the second half.

At Guingamp, Yann Karamoh left it much later to score his clinching goal in another 1-0 away win for Caen – who got the job done deep into injury-time at the end of the second half.

Payet left West Ham in a #25million move last weekend and made his second Marseille debut as a substitute in a Coupe de France victory over Lyon on Wednesday.

The France international was again left on the bench until the 55th minute, when he joined the action along with Marseille’s top scorer Bafetimbi Gomis.

Within two minutes, Gomis had the ball in the Metz net after Payet’s free-kick had been flicked on, but the on-loan Swansea striker was correctly ruled offside.