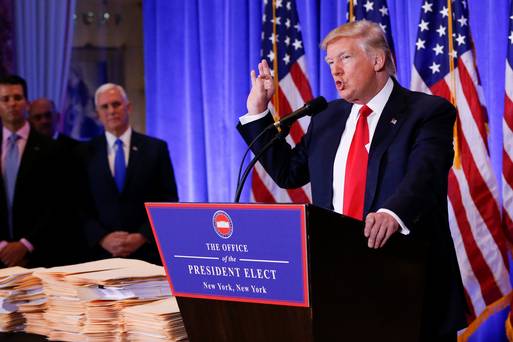 THE White House expects the courts to reaffirm President Donald Trump’s executive power and reinstate a ban on refugees and travellers from seven predominantly Muslim countries from entering the United States, it said on Sunday.

The case promised to extend into Monday at least, when fresh legal filings were due, and observers had no doubt the Supreme Court ultimately will have a say.

The San Francisco-based 9th US Circuit Court of Appeals, in a brief order overnight, denied the administration’s request to set aside a Seattle judge’s ruling that put a temporary hold on the ban nationwide.

Their lawyers had until early Monday to submit briefs opposing the government’s request. The Justice Department then had a deadline to respond.

“We’ll accomplish the stay and will win the case on the merits,” Vice President Mike Pence said.

Members of Mr Trump’s Republican Party scolded him for Twitter attacks on US District Court Judge James Robart, appointed by former president George W. Bush, and accused Mr Trump of stepping over the line that separates the executive from the judiciary.

To Mr Trump, Judge Robart is a “so-called judge” whose “ridiculous” ruling “will be overturned”.

“Just cannot believe a judge would put our country in such peril. If something happens blame him and court system. People pouring in. Bad!”

He followed with another tweet saying he had instructed the Homeland Security Department to check people coming into the country but that “the courts are making the job very difficult!”

Mr Pence added that he believes the American people “find it very refreshing that they not only understand this president’s mind, but they understand how he feels about things”.

At issue is the legality of a presidential action undertaken in the name of national security.

Whatever the outcome and however the case drags on, a president who was used to getting his way in private business is finding, weeks in to the job, obstacles to quickly fulfilling one of his chief campaign pledges.

The government had told the appeals court that the president alone has the power to decide who can enter or stay in the United States, an assertion that appeared to invoke the wider battle to come over illegal immigration.

Congress “vests complete discretion” in the president to impose conditions on entry of foreigners to the United States, and that power is “largely immune from judicial control”, according to the court filing.

“We don’t appoint judges to our district courts to conduct foreign policy or to make decisions about the national security,” Mr Pence said.

After Judge Robart’s decision, the department reversed course and said they could travel to the US if they had a valid visa.