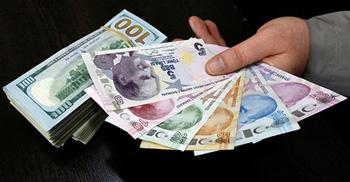 Turkey has transferred its stakes in Ziraat Bank, the Borsa Istanbul stock exchange, Turkish Airlines and state-owned pipeline operator Botaş, among others, to a new sovereign wealth fund.

The transfers were announced in two separate statement on Feb. 5-6.
The Prime Ministry said in the first statement on Feb. 5 that the Treasury’s shares in companies like Ziraat Bank, Borsa Istanbul, the BOTAŞ national gas grid, Türk Telekom and Turkish Petroleum (TP) had been transferred to the country’s sovereign wealth fund, which was recently launched with an initial paid-in capital of 50 million Turkish Liras ($16 million).

The Prime Ministry said the existing management and business policies of the companies would continue in accordance with their investment and growth strategies and would continue to collaborate with existing shareholders, as well as international financial institutions.

The government also transferred its major stakes in Turkish Airlines and Halkbank to the sovereign wealth fund, removing them from a privatization program, the privatization authority, the ÖİB, said Feb. 6.

The strategic aim of the fund is to generate annual growth of 1.5 percent over the next decade.