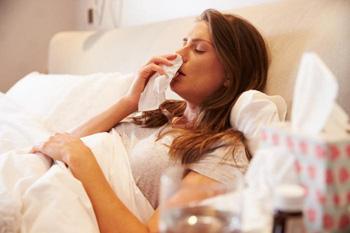 Taking ibuprofen or other nonsteroidal anti-inflammatory drugs to help relieve cold or flu symptoms may seem harmless, but new research suggests otherwise. It could increase the risk of heart attack.

Study co-author Dr. Cheng-Chung Fang, of the National Taiwan University Hospital, and colleagues recently reported their findings in The Journal of Infectious Diseases.

Nonsteroidal anti-inflammatory drugs (NSAIDs) are medications that help to alleviate pain by reducinginflammation.

Ibuprofen and aspirin are examples of two commonly used NSAIDs, and many individuals use these medications to help relieve some of the symptoms of a cold, flu, and other acute respiratory infections (ARIs), such as fever and headache.

According to Dr. Fang and colleagues, previous research has suggested a link between the use of NSAIDs, ARIs, and an increased risk of heart attack.

However, the team notes that there have been no studies assessing whether NSAID use during ARI episodes is associated with a greater heart attack risk.

Heart attack risk up to 7.2 times higher with NSAID use during ARI

To investigate, the researchers used data from Taiwan’s National Health Insurance Program to pinpoint 9,793 patients who had been hospitalized for a heart attack between 2007 and 2011.

The researchers assessed the risk of heart attack among patients in four different scenarios: during an ARI, during NSAID use, NSAID use during an ARI, and no exposure to NSAIDs or an ARI.

These findings are purely observational, so they cannot prove that NSAID use during ARI episodes directly increases the risk of heart attack.

However, the researchers recommend that doctors and patients apply caution when considering the use of NSAIDs for the relief of ARI symptoms.

“Physicians should be aware that the use of NSAIDs during an acute respiratory infection might further increase the risk of a heart attack.”

Dr. Fang adds that medications that alleviate pain in a different way to NSAIDs (such as acetaminophen) may be safer alternatives during ARIs.

The team recommends that future studies investigate which NSAIDs are safest to use during an ARI. They should also assess how the severity of ARIs influences the risk of heart attack with NSAID use, and whether some patients are more susceptible to increased heart attack risk than others.