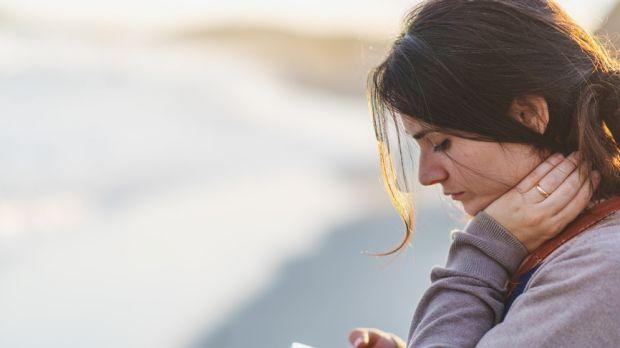 Andie Fox
It all started when I began receiving calls from a debt collector, which I initially ignored. I knew I had no debt and that any request for personal details from a stranger was cause for suspicion. But after some time I gave in to the harassment – my curiosity got the better of me, and by then the calls were interrupting everything from work meetings to putting the children to bed.

And that was how I discovered I had a Centrelink debt.

I soon found out that to even ask the simplest question about a Centrelink debt requires you to throw yourself into a vortex of humiliating and frustrating bureaucratic procedures. Initially, I tried calling Centrelink during my lunch hour, but I would end up wandering the streets around work with the phone pressed to my ear, on hold, and be no further advanced in the phone queue by the end of the hour.

Eventually, I took a day off work to go into a Centrelink office, and there I discovered the full extent of its armoury against personal contact.

Once inside, you line up to receive a seat at a computer terminal from which you are expected to use the government website to solve your problems yourself.  A single Centrelink employee marches the floor providing the occasional terse instruction to what resembles an absolute beginners’ tutorial in computer literacy.

Finally seated, I found beside me an older man with the grim face of someone bracing themselves as he stared at his screen. On the other side, a young woman stupefied in front of her computer. From her murmurings, I gathered she was in fresh flight from family violence.

There is no link on the website through which you can explain that the debt they are chasing is your ex-partner’s fine for non-lodgement of tax returns, as was the situation in my case. There is no box in any window to select for explaining that his failure to lodge his tax return in that final year together is why the Family Tax Benefit you claimed and filed a tax return for is now seen by Centrelink as fraud.

During the undoing of a long-term relationship you let go of a lot of things. It can be the only way to survive. But I would also advise this – if you know a woman going through divorce, do whatever intervention it takes to keep her on top of finances. Because financial problems, particularly those involving an ex-partner, have a way of metastasizing.

Having gone as far as I could on the website, I eventually pressed the Centrelink employee and asked that I please be able to just speak to someone directly. I joined another queue. A different staff member saw me at a counter and, again, I relayed my story. Increasingly, I shed any dignity around discussing the details of my break-up and finances.

Here, you have a three-minute window. You have to speak quickly. You have to speak loudly, so nothing is missed. There is no other way to put this, you sound nuts. You are literally announcing the wreckage of your life to a complete stranger in a room full of other strangers.

In reply, it was suggested that perhaps the situation could be improved if I were to prove the relationship with my ex was truly over. Being de facto, the end of the relationship had no paperwork to speak on my behalf. I offered to give them my ex’s contact details, but ironically, privacy legislation prevented them from contacting him about either his past relationship or his tax fine, both things I had just been forced to describe at volume to a room full of strangers.

This term, de facto, which I had once taken such feminist pride in, seemed instead to imply to Centrelink that I was wandering listlessly between men. And so, I filled out forms to demonstrate that the heartache and disruption the children and I had experienced was real. And finally, as requested, I provided witnesses to verify my claim.

But this was still not enough, and the telephone calls returned. I don’t receive any child support, and in spite of my tax returns being up to date I am now barred from receiving Family Tax Benefits (on account of this “tax fine”, which also made me ineligible for getting a loan). I am less capable of getting my ex to lodge his tax returns now than when we were together. As a single parent, I raise my children entirely out of my own earnings. Now I was being threatened with having my wages held back to pay for the debt, and I feared my budget would fall to pieces.

Terrorised by Centrelink, I began to behave as the bureaucracy saw me: angry, emotional, confused, dependent and idiotic. It does not matter that I am a full-time employed economist with several degrees, published books and articles, and security clearance for giving economic policy advice on secret government documents. Now, I was a welfare cheat.

The woman from Centrelink sighed. “So, you want to appeal the decision?” she asked, and directed me to its website. Having been inside the vortex before, I demanded to lodge my appeal right then with her. She was dismissive, but I insisted.

A shared exasperation emerged over the phone like a bond between us. The forms were awkward to complete, too, with a rigid set of categories ranging from “Centrelink deliberately misled me” to “Centrelink sent me too many duplicate notices”. Where was the category for “this is insane”?

In tears, I conceded that I wouldn’t win the appeal.

I was, by now, quite distressed. Ultimately, this must have been noted somewhere because it triggered a call from a Centrelink social worker to check on me. Again, I explained the story. But this time, she paused in the middle of her spiel and tenderly agreed that, “this is bad, you’re in a bad situation”. She would do what she could to help my appeal, she said. In the days leading up to Christmas I learned that the board had reviewed its decision, agreed an error had been made, and that my ex’s fine would be cleared from my record.

The debt recovery operation currently being run by Centrelink using data matching has the extraordinarily high error rate of one in five. I doubt any private enterprise would be allowed to get away with these error rates for debt collection.

You would like to think that my story means at least the one in five errors are all being identified and eventually resolved, but it doesn’t. Many of my fellow Centrelink “clients” will lack the assertiveness, confidence, energy and literacy I used to fight for my case. The errors in their debt will not be found. Money will be taken, wrongfully, from some of the very poorest people in this country. I guarantee you they are terrified.

And anyway, my case isn’t over.

Days before publication of this piece I was contacted by Centrelink with a new notification of debt. I have been instructed to pay back the Family Tax Benefit we received in the year my ex didn’t file his tax return. And so, it begins again.