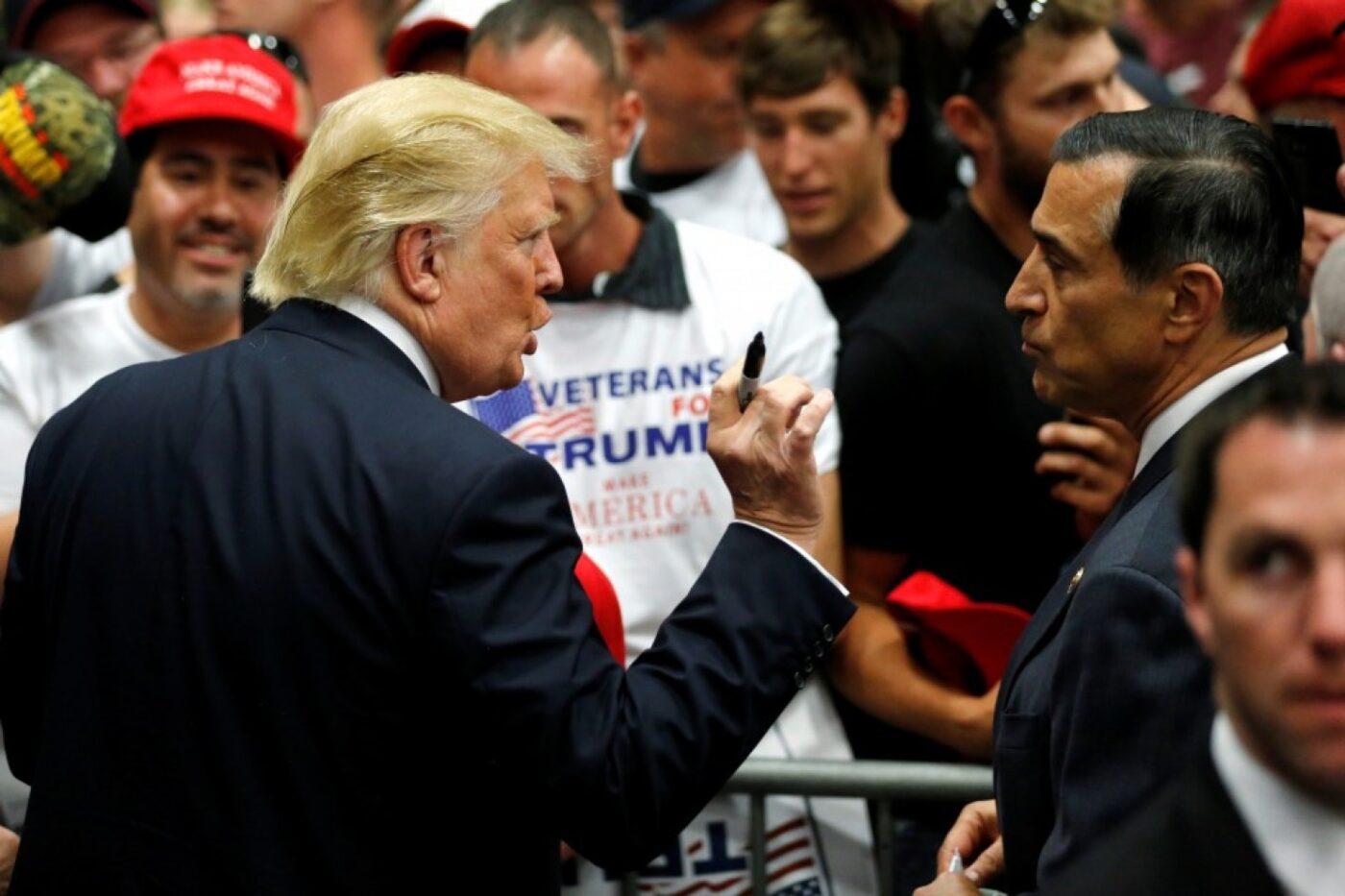 President Trump had harsh words for one of his most fervent opponents during the pre-Super Bowl interview with Fox News’s Bill O’Reilly that aired Sunday. Not President Vladimir Putin, mind you, whose alleged unpleasant habit of murdering journalists met with a shrug from the president. No, Trump lashed out at the nation’s largest state, California.

“I just spent the week in California,” O’Reilly said. “As you know, they are now voting on whether they should become a sanctuary state. So California and the U.S.A. are on a collision course. How do you see it?”

“Well, I think it’s ridiculous,” Trump replied. “Sanctuary cities, as you know I’m very much opposed to sanctuary cities. They breed crime, there’s a lot of problems. We have to well defund, we give tremendous amounts of money to California . . . California in many ways is out of control, as you know. Obviously the voters agree or otherwise they wouldn’t have voted for me.”

“So defunding is your weapon of choice?” O’Reilly asked.

More importantly, Trump says two things. First, that California is “out of control.” Second, that he doesn’t want to yank federal funding from the state, but he will if he has to.

California is one of the few states where federal funding isn’t that great a point of leverage. In 2015, California generated $405 billion in tax revenue, more than $100 billion more than the next-closest state. It consumes a lot of federal funding, too, mind you. But data from Pew Research for 2014 compared to 2014 IRS data shows that California gives the federal government more than it takes.

Eight states give more, on net, to the federal government than California. Most states take more than they generate in taxes.

What’s more, data from the Tax Foundation indicates that federal funding makes up far less of California’s total state revenue than most other states’. It’s 43rd in that regard, with about 26 percent of revenue coming from D.C. That’s still a substantial portion, but California’s in a much stronger position to negotiate than most places.

It’s not clear why Trump says that California is “out of control.” If he’s talking about the state’s finances, California is in a much stronger position than it was five years ago. After massive deficits in the 2011-2012 fiscal year, the state has consistently operated in the black. Gov. Jerry Brown (D) recently warned that the state might operate at a deficit in 2017-2018, but relative to past deficits, the projection is fairly small. If, however, Trump is saying California is out of control in regards to his go-to metric, crime, the state is very much in control.

We need to step back from this, though, and recognize the broader context.

Trump is mad about California because voters there overwhelmingly rejected Trump in November. Trump supporters have repeatedly tried to affix an “except California” asterisk to the popular vote result since, were it not for California, Trump would have prevailed on that metric. Saying “except California” has the tricky flaw of equaling “except for 12 percent of the American population,” but, hey, it’s politics.

Trump hasn’t said “except California,” except to suggest repeatedly that perhaps the 4 million-plus margin by which he lost the state includes perhaps millions of fraudulent votes. There’s no evidence of this whatsoever. He’s also claimed that he intentionally didn’t campaign in California because only the electoral vote mattered. Hillary Clinton didn’t campaign there, either, but it doesn’t seem to have hurt her much.

Last week, Trump’s war with California took the form of attacking its public college system. After violent protests erupted on the campus of U.C. Berkeley, Trump suggested that he would pull funding from the school, which a) punishes the wrong party, since it wasn’t as though the school asked people to riot and b) can’t be done by executive order anyway.

For its part, there’s a movement in California to secede from the United States. Supporters of the idea are collecting petitions to get it on the ballot in the state in 2018, which, if passed, would have the effect of doing basically nothing. (We’ve been through this attempt-to-secede thing before; it ended poorly.) When Barack Obama won reelection in 2012, there was a briefly a similar effort by the biggest red state, Texas. It didn’t get anywhere, either.

On Monday, The Washington Post reported that the most visible manifestation of the California economy — the tech industry — had broadly united to file a joint amicus brief in opposition to Trump’s executive order on immigration. The tech industry employs a lot of immigrants to the United States, so there’s clearly a business motivation to take such a stand.

So this is the Cold Civil War that’s erupted. Trump threatens California’s funding; California threatens to pack up and go. Neither is likely to happen. But still — if you predicted that a president’s relationship with the Golden State would be rockier than his relationship with Russia, I’d like to ask your help with some lottery numbers.