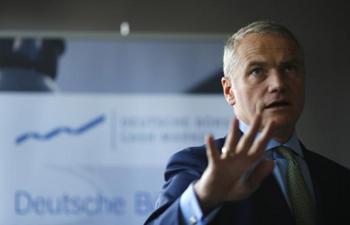 Deutsche Boerse’s (DB1Gn.DE) supervisory board backed its Chief Executive Carsten Kengeter, who is the focus of an insider trading investigation, saying it had found that talks with the London Stock Exchange had not yet started in 2015.

German police and prosecutors have searched Kengeter’s office and apartment as they investigate whether secret merger talks with LSE were under way when Kengeter bought shares in his company in December 2015.

Deutsche Boerse said on Tuesday that “extensive conversations with external experts and a renewed analysis of the processes in the year 2015” had cleared Kengeter, adding the board unanimously expressed its full confidence in him.