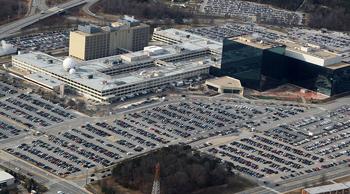 Prosecutors in Baltimore, Maryland say they are seeking to indict one of the biggest thieves of classified information in US history. It could happen as early as this week.

Harold T. Martin III, a former NSA contractor, has been held in detention since his arrest in August 2016 after authorities found thousands of pages of classified information in his car and home.

Martin was also accused of stealing 50 terabytes of highly sensitive data, including files from the Tailored Access Operations (TAO), an elite hacking unit that develops and deploys software to hack the networks of foreign governments.

US officials claim that Martin stole 75 percent of TAO’s hacking tools, according to the Washington Post.

Federal prosecutors called Martin’s alleged theft “breathtaking in its scale and longevity,” and say that he has “top secret” information from the last 20 years he was working with various federal agencies.

James Wyda, Martin’s attorney, has argued that Martin was taking his work home to improve his work, adding that he is “a compulsive hoarder” rather than a “traitor.”

“This is the behavior of a compulsive hoarder who could not stop gathering and possessing the documents he treasured,” Wyda told the Washington Post.

Martin’s charges could amount to a sentence of 30 years to life if they run consecutively, prosecutors say.