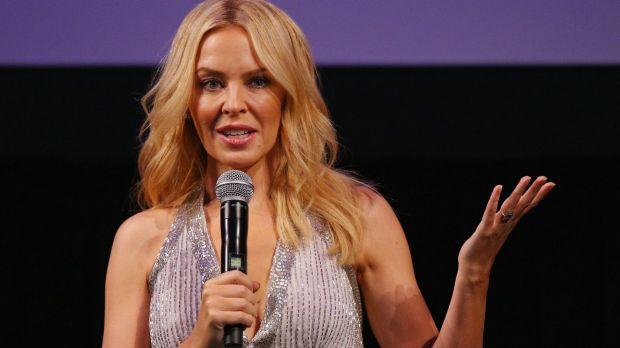 Amy Croffey
The Kardashian/Jenner clan may have infiltrated many parts of society – television, politics, apps, music, clothes and beauty – but they will not take ownership of names too. Isn’t that right, Kylie Minogue?

The Australian pop queen, 48, has successfully blocked Kylie Jenner, 19 and the youngest of Kim Kardashian West’s sisters, from trademarking the name “Kylie”.

In 2014, The Keeping Up with the Kardashians star made an attempt to use “Kylie” as her brand, mostly made up of lip liners from her hugely successful beauty range, but Minogue was not having it.

According to the Mail on Sunday, Minogue’s lawyers sent the US Patent and Trademark Office a legal letter detailing the reasons why the trademark should not be granted.

It dubbed Jenner as “a secondary reality television personality” and Minogue as an “internationally-renowned performing artist, humanitarian and breast cancer activist known to the world simply as Kylie”.

The US Patent Office has sided with Minogue, but Jenner is said to be planning an appeal.

In the same week Minogue announced her split from fiance, Joshua Sasse, 29, it’s good news for the Locomotion singer, but the Kardashians/Jenners don’t go down easily without a fight. They might have their on-air spats but when an outsider threatens the family business, they speak with one voice.

In December, it was revealed that Kardashian West and her sisters, Kourtney and Khloe Kardashian, are trying to stop their sister-in-law-to-be Blac Chyna (real name Angela Renee White) from trademarking the Kardashian name.

In May, the Rob & Chyna reality television star filed an application with the United States Patent and Trademark Office (USPTO) to trademark what will become her married name – Angela Renee Kardashian.

The Kardashians say their companies will “suffer damage, including irreparable injury, to their reputation and goodwill” if her request to trademark Kardashian is granted. They add: “[Chyna is] deliberately seeking to profit from the goodwill and popularity” of the Kardashian name.

Next move goes to Blac Chyna.