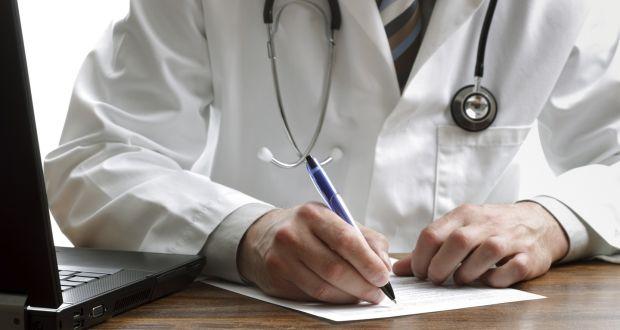 No one ever wants to join the cancer club. With cancer awareness at an all-time high, it’s difficult to believe some cancers can still creep up on you and take you down before you realise.

It’s especially difficult to package ovarian cancer into a good news story. It used to be commonly referred to as “the silent killer”, but it’s definitely not silent.

There are several symptoms but because they are often confused with other illnesses they can mask and delay ovarian cancer diagnosis.

Add in the fact that there is no screening test and it means many women are unaware they have ovarian cancer until it’s too late.

“Over 75 per cent of ovarian cancers present at stage three and that figure has not changed for 20 years. There’s no screening test and the vast majority are sporadic cases.”

Ovarian cancer is the fourth most common cancer in women in Ireland. Each year some 350 Irish women are diagnosed and currently the incidence rate is 24 per cent higher than the EU average.

When Catherine Kingston was diagnosed in May 2013 she was at stage three. “They say it’s the silent killer but you know, if you listen to your body, it’s not.”

Doing shift work, Catherine had been eating irregularly and feeling tired and she initially put what she calls “a bit of discomfort” down to that.

“I do remember I was in bed one morning, and I had lost a bit of weight and I knew that I didn’t feel right and that’s when I found a lump in the left side of my groin. I immediately knew it was a problem.”

A GP visit and an ultrasound scan was quickly followed by exploratory surgery which confirmed Catherine was at stage three with ovarian cancer. “My oncologist felt that the cancer had been there for two years.”

There are a lot of myths around ovarian cancer that need to be dispelled, including the common and most popular misconception: that there are no symptoms.

There are four clear symptoms that all women and GPs should be aware of. At first, these symptoms may seem vague, but the key is in their frequency – do they come and go, or are they persistent? If you are experiencing persistent bloating, persistent tummy pain, difficulty eating and feeling full quickly, and the need to urinate more frequently on 12 or more days in any given month, then please visit your GP.

Another myth is that a smear test will pick it up – it won’t. Ovarian cancer cannot be detected in this way although surveys suggest many women mistakenly believe this. There currently is no screening tool, which is why it is vital that women know the warning symptoms.

Dr Flannelly suggests the CA125 blood test, which can be used as a marker, is non-specific and may result in false negatives as well as false positives. “CA125 is a chemical found in blood that is sometimes released from ovarian cancer cells. It is known as a tumour marker for ovarian cancer, but not all women with ovarian cancer will have a raised CA125 so that’s why it is not considered a 100 per cent accurate screening tool.” It can be used as a baseline to evaluate, she says.

Thinking you probably just have IBS is another common issue because it’s not unusual for women with ovarian cancer to be diagnosed initially with irritable bowel syndrome (IBS). If this happens to you and your symptoms persist, go back to your doctor. IBS is incredibly rare in women over 50 – so IBS-type symptoms that develop later in life should be a red flag to your doctor.

Don’t discount the symptoms if you are a younger woman. It’s a myth that ovarian cancer only affects older women. Many ovarian cancer charities say they are hearing from more and more women in their 30s and 40s, and this age group accounts for 25 per cent of ovarian cancer cases.

The problem, according to Dr Grainne Flannelly, is that the vast majority of women with the symptoms described above do not have ovarian cancer. “A lot of women have ovarian cysts that are benign and get picked up on the ultrasound and it can cause stress and anxiety about something that turns out to be not a problem.”

According to Dr Flannelly, there’s a fine line between drawing the worried well into surgeries based on the symptoms and the need to catch the cancer early. “Unfortunately, ovarian cancer is not a good news cancer. The vast majority of women present at stage three and alternatively you can come out of a normal scan and three months later be at stage three. There is no easy way to diagnose.”

The good news comes with the treatment, she says. There is now rapid access through the medical system for women who are suspected of having ovarian cancer and the methods of treatment are being refined constantly to improve the medical management of women with the disease. “The bright light is in the cancer research and the way we can now tailor treatment to individual molecular cancers. We are now able to discover the profiles of cancers that respond to different treatments.”

Treatment is a way of life now for Catherine Kingston. Following her hysterectomy in January 2014, she’s been on chemo ever since with some short breaks. “Chemo is my best friend! I am so thankful that I can still keep going and everyday we are closer to new treatments and it’s a blessing that is keeping me alive.”

If you have ovarian cancer, you can contact support group Ovacare at www.ovacare.ie or the Irish Cancer Society’s Cancer Nurseline on Freephone 1800 200 700, email [email protected] or drop into one of their 13 Daffodil Centres in hospitals nationwide.