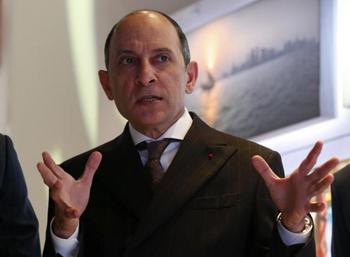 The travel ban, Trump’s most controversial act since taking office last month, was halted temporarily on Friday following a ruling by a U.S. judge, but it affected some of the airline’s passengers.

Al Baker said he expected Trump’s business talent would prevail when it came to trade between the U.S. and Gulf countries.

“I think we still need to give him some time to see how it is to run a superpower country,” Al Baker told media in New Zealand, according to a Fairfax Media report.

He was speaking after the airline launched one of the world’s longest flights from Doha to Auckland.

“I’m sure he will realize in the long run that the Gulf countries are contributing hugely to the economy of the United States.”

Al Baker has previously appeared at events with Trump and last year described him as “a friend” to CNN.

On Jan. 27, Trump suspended the entry of nationals from Iran, Iraq, Libya, Somalia, Sudan, Syria and Yemen, and all refugees.

The ban caught the airline industry off guard, with some carriers forced to re-roster flight crew.