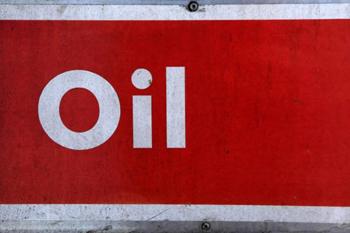 Much of this week’s resource news was driven by politics. The biggest development being the Philippines’ mine ban, with protectionist moves in U.S. oil and gas also having critical implications for investors, end users, and project developers.

And there’s a common thread to both these stories.

Much has been written the last year on the rise of nationalistic parties and leaders around the global. With big implications for defence, trade and security.

But nationalism is also impacting energy and mining. A year ago, no one predicted the Philippines would install a staunch environmentalist as head of mining — the way President Rodrigo Duterte did almost immediately after his election.

A big motivation for Duterte is showing outside interests who’s boss inside Philippines borders. The president has little love for foreign mining companies, which are some of the biggest international investors in the Philippines.

That’s turned into a major x-factor for global metals markets. No one foresaw half of Philippines nickel supply suddenly disappearing this year — and yet, that’s where we’re at.

Unexpected events like this are a big challenge for resource players. Predicting the future is an important part of the business, with most operations requiring some educated guesses about future prices and trade flows. If you’re deciding on a new nickel mine, you want to know how much supply is out there, and what that means for prices the next few years.

But nationalism makes that difficult. Because nationalist leaders don’t act logically — at least not in terms of global business. They don’t do what distant accountants and economists expect they should.

That would undo a lot of planning and investment in export facilities from recent years. Even as there’s a sound business case to be made for sending crude oil abroad (America doesn’t actually produce much of the heavy sour oil that Gulf Coast refineries favor — but it does make light sweet crude of the kind European and Asian buyers love).

In Trump’s case, some of the surprises could be positive for the industry. Companies like Northern Dynasty Minerals have seen their share price jump 300 percent since Trump’s election, on speculation he will strong-arm approval of the stalled Pebble copper-gold mega-deposit in Alaska.

But even pleasant surprises are still… surprising. And still offer a challenge to project developers trying to decide where to deploy capital and institutional effort. Should we get into projects in America hoping that Trump turns the country pro-mining? What if he backtracks? And will he push mining everywhere, or only in certain states?

That uncertainty is a drawback for the sector. Just look at the longest-running example of a nationalist government: Russia. Foreign investors have all but abandoned the high-potential Russian mining and energy sectors — simply because they don’t know what the Putin government might do next.

That’s changed a little recently. With countries like India and Japan doing high-level deals in Russian oil and gas — supported by strong government-to-government involvement in the projects, which may help reduce the risk of arbitrary setbacks.

Perhaps we’re headed into an age where the same is true elsewhere. Relationships with individual leaders will be more important than overall policy direction within nations.

This is a key trend for the world’s big resource nations — with mining and energy destinations like Brazil now going through economic and social turmoil that could birth a nationalist streak. Watch for the rise of more x-factor political candidates, and for further surprises coming from the ones already in office.

Here’s to the national interest.