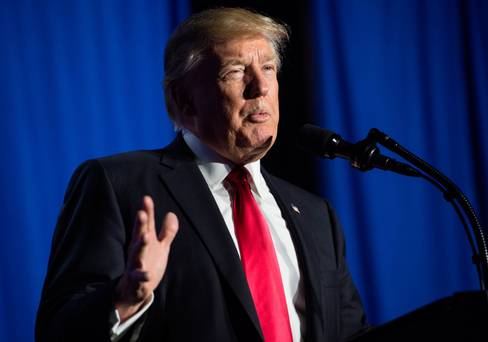 Since the beginning of his election campaign, US President Donald Trump has repeatedly spoken ill of Iran’s nuclear deal, pledging to either renegotiate or repeal the agreement altogether. Trump has missed no opportunity to parrot his anti-Iran rhetoric, accusing Tehran of supporting terrorism. And recently the president even said Iran had been formally “put on notice” over its ballistic missile test, in what seemed to indicate that the new US administration has adopted a more confrontational approach towards the country. Press TV has spoken to Jim W. Dean, the managing editor of Veterans Today, and Lawrence J. Korb, a US foreign policy and national security analyst, to discuss the consequences of Trump’s belligerent rhetoric.

Jim W. Dean maintains that Donald Trump has kicked off a new campaign to portray Iran as a “boogeyman” in a bid to justify new sanctions or even military action against the country, the ultimate purpose of which would be to please Israel.

“But what he forgot to think about, if he knows and can even remember that, when we had the Iran nuclear deal, we put a torpedo into the huge fraud that Iran had a nuclear weapons program,” he said, adding that neither Israel nor US intelligence services managed to present a single document to validate their claims that Iran was a threat because of its nuclear weapons program.

Dean further continued, “Trump is thinking that none of us out here actually remember that Netanyahu was going around now after claiming for 20 years that Iran was a year or two away from the bomb. We know now that they lied over and over and over on that.”

It is really not Iran’s credibility that is on trial here, the analyst argued, adding, “It is Israel and Trump that have to be asked why they are trying to reinstitute this fraud of Iran being a military threat when nothing could be proved. It would be totally against their policy now to rebuild the economy of their country all by posing themselves as a military threat.”

Meanwhile, Lawrence J. Korb, the other panelist on the show, noted that the world must not take what Donald Trump says seriously, because the controversial issues he raises only serve the purpose of showing his supporters that he is loyal to his campaign promises.

The actual approach that President Trump will adopt towards Iran’s nuclear deal is all that counts, he noted.

“Remember when Obama did the deal, we did not get it ratified by the Senate because they couldn’t have gotten the approval. So, what they did is they did not cast it as a treaty. They basically said ‘we made this agreement as part of the UN and then you can vote against it.’ But you need two thirds which they couldn’t get,” he explained.

Korb believes that the US administration’s approach has largely to do with political posturing. “My guess is Trump is going to go along with this deal because it’s a good deal,” he concluded.