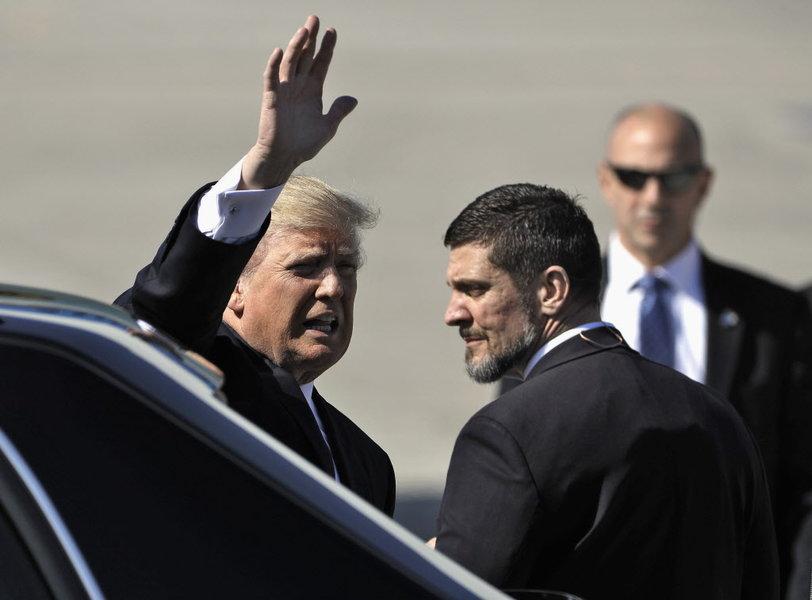 President Trump’s tough talk can be an effective communication tool. But he needs to deliver or risk being tuned out.

FEBRUARY 6, 2017  WASHINGTON—President Trump has said he might “send in the Feds” to clean up crime in Chicago. He’s mused whether the University of California at Berkeley should lose federal dollars after it cancelled a speech by a divisive right-wing writer. He’s vowed to “defund” states and cities that vote to become sanctuaries for undocumented immigrants.

Such powerful rhetoric has won him support among those who see him as an antidote to Washington-speak and political dithering. That’s the style of White House leadership many want.

But if these shows of strength ignore the limits of his position, they run the risk of undermining the power he does possess. United States presidents are powerful but not dictators. Congress and the courts can curtail their freedom to act – as the legal wrangling over Mr. Trump’s immigration order has shown. Nor does the president appear to intend to carry out all these threats. Some may be simply Twitter musings, or passing reactions.

That could be the longer-term danger here for the administration – that a constant stream of tough talk, without tangible results, will desensitize the electorate to Trump’s charges.

“They can wear thin and stop being effective,” says Jennifer Mercieca, a scholar of presidential rhetoric at Texas A&M University and author of a forthcoming book on how Trump speaks.

‘Appeals to the stick’

Trump’s verbal style is intimately connected to his astonishing political ascent. The way he communicates may be uniquely suited to the pace and attention span of our social media-saturated age.

This hasn’t changed now that Trump works in the White House. In the campaign he occasionally said he’d become more restrained and traditionally presidential if he won, but that hasn’t happened. The president does not turn the other cheek. If he feels slighted, he hits back hard.

His use of specific threats is one of his toughest communication approaches. It’s a rhetorical tactic called ad baculum, a Latin term meaning “argument to the cudgel” or “appeal to the stick,” Professor Mercieca says.

These threats don’t have to involve physical harm. They could also be threats to withhold money, or renegotiate treaties, or even disseminate information.

Thus in the campaign Trump gave out Sen. Lindsey Graham’s private cell number after Senator Graham called him a “jackass.” He threatened to reveal unspecified charges about former President Bill Clinton’s relationship with women. He mused aloud whether protesters who burn the US flag should lose their citizenship.

“ ‘Appeals to the stick’ are techniques of coercion and they work on people who are vulnerable,” says Mercieca in an email.

Their power depends on whether the person using them has the leverage, resources, and determination to carry them out. As Mercieca points out, Trump’s will is likely not in question, but his means, and perhaps his intentions, are.

When Trump says to “send in the Feds” to Chicago, which “Feds” does he mean? The National Guard? His administration will likely take steps to try and block some federal funds from sanctuary cities and states, but it is unclear whether they have the power to alter more than a trickle of money. For instance, if Trump wanted to withhold Medicaid funds from California, he would need legislation.

While threats can intimidate, they can also backfire. Some liberal sanctuary cities appear more determined than ever to refuse to cooperate with federal immigration authorities due to Trump’s threats.

On Monday, Trump issued a series of tweets appearing to threaten to blame the federal judiciary for any domestic terror attacks, due to the temporary stays issued by judges around the country.

It’s possible he thinks such pressure will cause the judges to cave. The likely result, argues former assistant attorney general and current Harvard Law professor Jack Goldsmith, is just the opposite.

“When arguments for deference to the President are made via threatening public tweets before an actual attack, they will certainly backfire,” writes Professor Goldsmith at the Lawfare national security legal blog.

This does not foreclose the federal courts eventually allowing the administration’s targeted travel ban to go forward. The judicial branch traditionally gives its executive counterpart great deference in the area of national security.

And Trump supporters may not care much whether the specifics of some of the president’s threats are over the top. Getting rid of political correctness was one reason they voted for him. To them, it’s just the way Trump talks, a way of signifying action.

“The simple fact is, I think the American people welcome the candor of this president,” said Vice President Mike Pence on CBS’s “Face the Nation” on Sunday.