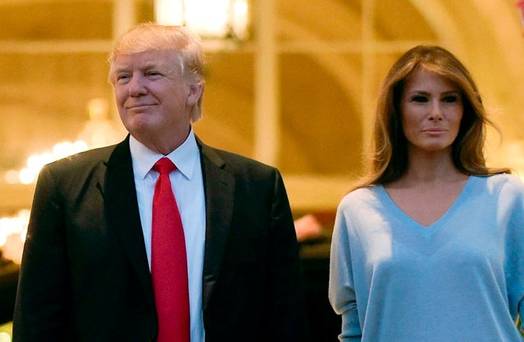 President Donald Trump has issued a public commitment of his “strong support” for Nato but said allies must pay their way.

Mr Trump, who has previously called the alliance “obsolete” and suggested the US might not automatically defend fellow members, made his comments on his first visit as commander-in-chief to US Central Command headquarters in Florida.

Addressing senior commanders he said: “We have your back every hour, and every day, now and always. That also means getting our allies to pay their fair share. It’s been very unfair to us.

“We strongly support Nato. We only ask that all of the Nato members make their full and proper financial contributions which many have them not been doing. Many of them have not been even close and they have to do that.”

On her visit to the White House last month Theresa May said Mr Trump told her he was “100pc behind” Nato. Over the weekend Mr Trump spoke to Jens Stoltenberg, Nato’s secretary general. The White House said they discussed “how to encourage all Nato allies to meet defence spending commitments”.

Mr Trump also dismissed a CNN poll showing 53pc of Americans disapproved of the job he was doing, the highest recorded number for a newly elected president.

He said: “Any negative polls are fake news, just like polls in the election. Sorry, people want border security and extreme vetting. I call my own shots, largely based on an accumulation of data, and everyone knows it.”

The president was facing a divisive court battle over his executive order barring entry into the US for people from seven Muslim-majority countries and suspended its refugee programme, prompting protests and chaos at airports. On Friday, a federal judge in Seattle suspended the order and the Trump administration had until last night to make arguments at the appeals court.

Oral arguments in the case will be heard today.

Nearly 100 major companies, including Google, Apple, Microsoft, Facebook and Twitter, made a representation to the appeal court, arguing the travel ban would “inflict significant harm on American business”. A declaration was also filed to the court by former US secretaries of state John Kerry and Madeleine Albright, suggesting the ban would benefit the propaganda of Isil.

Defending his order Mr Trump said: “We need strong programmes. We will defeat radical Islamic terrorism and we will not allow it to take root in our country.”

Last night, a Democratic congresswoman suggested Mr Trump should be impeached. Maxine Waters, a representative from California, said Mr Trump had acted in an “abnormal way” and was “outrageous”.

Mr Trump’s January 27 executive order temporarily barred entry into the US of people from seven Muslim-majority nations as well as suspending the US refugee programme, sparking protests and chaos at US and overseas airports.

Pending the next ruling in the case, the travel ban remained suspended, and people with valid visas who had been blocked from travel were being allowed to board planes. Refugee resettlement also resumed.

The companies, backing a lawsuit brought against the ban by Washington state, argued that Mr Trump’s order created uncertainty for companies depending on talent from overseas and global business travel to innovate and create jobs in the United States.

“Highly skilled immigrants will be more interested in working abroad, in places where they and their colleagues can travel freely and with assurance that their immigration status will not suddenly be revoked,” the brief said.