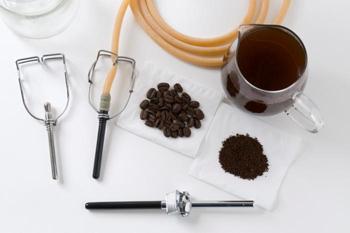 Coffee enemas are an alternative medicine technique that does not have a significant amount of research to back it up. Additionally, there are potential side effects that can often outweigh the benefits.

While coffee enemas may be an option for some people wishing to relieve constipation or prepare for a procedure, doctors do not typically recommend them.

What is a coffee enema?

An enema is a practice that involves inserting liquid into the rectum to relieve constipation or to prepare for a procedure to look at the bowel.

Long-standing constipation can be very uncomfortable and harmful, leading to a possible small bowel blockage and even a hole in the bowel.

People have used a range of substances for an enema. Most commonly, a person will use water, mineral oil, or water with a small amount of soap added to it.

However, some people have tried enemas using other liquids, including coffee. Coffee enemas are reported to have unique health benefits, but can be quite dangerous if used incorrectly or too often.

There are also some components in coffee that are said to offer health benefits. A compound in coffee called cafestol palmitate is said to stimulate the activity of an enzyme called glutathione S-transferase, which opens up the bile duct in the liver. This helps to release more bile from the liver to break down food components and improve digestion.

Three other components of coffee – theobromine, theophylline, and caffeine – are said to widen blood vessels and the bile duct even more, which boosts the flow of bile.

Evidence for and against the use of coffee enemas

Several studies have been carried out to investigate the use of coffee enemas.

A study published in Clinical Nutrition Research in 2014 studied the use of coffee enemas in preparation for video capsule endoscopy, which allows a doctor to view the inner portions of the gut.

An article published in the American Journal of Gastroenterology detailed a case of inflammation of the colon and rectum from a Korean female who used coffee enemas.

The 60-year-old woman had used a traditional preparation of 2 tablespoons of roasted, ground coffee mixed with 1 liter of water. She cooled the water and used the mixture as an enema. After about 24 hours, she began to experience rectal bleeding and pain.

The authors pointed out that coffee enemas had also caused reported cases of death due to electrolyte imbalances as well as bacterial infection after frequent coffee enemas. They concluded by saying “Coffee enema has no proven benefit and carries considerable risk of provoking unwanted complications.”

There is a lot of conflicting research regarding coffee enemas. As a result, doctors do not recommend them as an alternative method when preparing for a procedure. There are commercially prepared enemas that are available and much safer for bouts of occasional constipation.

Steps of a coffee enema

People should always speak to a doctor before undergoing a coffee enema to ensure they don’t have any health risks that could keep them from successfully performing it.

The number one rule to remember when preparing a coffee enema is that the liquid should never be hot. Liquids at room temperature will not burn, while hot coffee will and this can be especially devastating to delicate rectal tissue.

The following steps can be used to perform a coffee enema.

It is important not to repeat an enema procedure too often as repetitions can cause a person to lose a significant amount of electrolytes, which are important for maintaining fluid balance in the body.

Prolonged diarrhea from constant enemas can also lead to harmful electrolyte imbalances, and a person who experiences this should seek medical attention.

Because not a lot is known about the potential long-term benefits or risks related to a coffee enema, many doctors are unlikely to recommend it. Potential risks, such as irritation to the intestines, allergic reaction, injury, and electrolyte losses, can result in severe health issues.

The availability of other options in terms of enema components, such as plain water or soap-suds enemas, may make them the preferred option for occasional constipation.

However, relying on enemas instead of trying to have a bowel movement without assistance can affect the intestines and may make it harder to go without using enemas in the future.

If a person has difficulty going to the bathroom regularly, it’s important that they seek medical attention to determine if an underlying medical condition exists that could be treated.

What is Gerson therapy?

Gerson therapy is an approach to healing developed by German-American physician Max Gerson, who lived from the late 1880s to mid-1950s. Gerson advocated the use of coffee enemas along with a plant-based diet as a means to heal and detoxify the body.

Today, the Gerson Institute, which is dedicated to continuing his medical research, keeps his ideas alive. Dr. Gerson saw coffee enemas as a means of detoxifying the body of “poisons” living in the tissues and body.

According to a paper from the Gerson Institute, coffee enemas have the following benefits:

Most doctors and naturopaths will discourage people from trying coffee enemas. Over-the-counter enemas are a safer option.

Coffee enemas are being studied for their alternative treatment uses for some types of cancer. People should always let their doctor know about any complementary or alternative therapies they are considering using. Some of these therapies can interact with a doctor’s treatment plans.