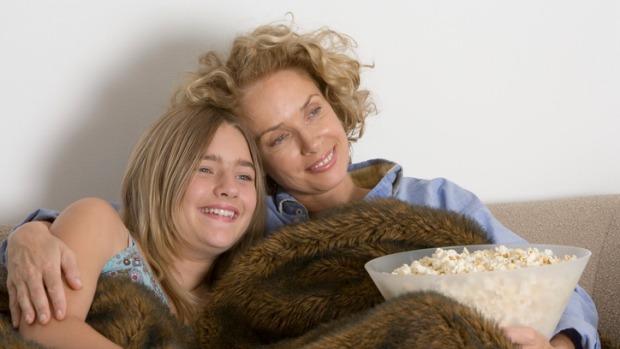 I recently sat down to watch Mamma Mia! with my 12 year old daughter. A perfect family movie for a Sunday afternoon, or so I thought. And, not to mention, a brilliant introduction for a young woman to start to appreciate the body of work of Meryl Streep.

It went along well enough for the most part, but when (spoiler alert!) Meryl Streep admits to her daughter that she doesn’t know which of the three men invited to her wedding is her father, things started to get hairy for me too.

“I don’t care if you’ve slept with hundreds of men!” exhalts the loving daughter to her mother on the screen.

This prompts my beautiful daughter to turn to me and exclaim, “I don’t care if you’ve slept with hundreds of men either, Mum.”

“Thanks,” I reply with rye amusement, turning my attention back to the gripping climax of the film.

Then my daughter hits the pause button and says the words no mother ever wants to hear from her child, “Actually Mum, how many men have you slept with?”

Now, I try to be all open and cool about sex with my kids. We use all the right names for things, and my daughter and I have talked at length about all manner of sexual topics. She is probably one of the better versed 12 year olds around on how the female orgasm works.

But I’ll admit this one threw me.

Do I tell her the truth?
Do I lie?
Do I even know the answer any more?
And how would that number measure up against her expectations and societal norms these days anyway?

I thought for a moment, and then, with Meryl Streep staring statically out at us from the TV, I talked to my daughter about the fact that women have historically been judged by society because of the amount of men they slept with. Too many and you were a slut; too few and you were an up-tight prude.

The fight that we are still fighting for equality means that we want to be judged by what we contribute to society rather than by what we do or don’t do in the bedroom.

“The amount of men a woman has slept with is immaterial to how we should feel about that woman,” I proselytised like a sage on the mountain top. “Do you get what I’m saying?”

My beautiful daughter nodded seriously, thought for a moment, and unpaused the movie.