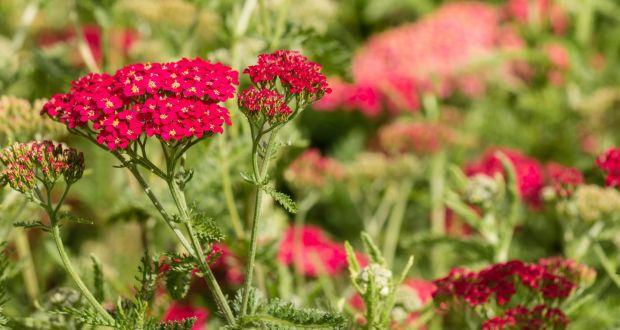 Herbs are not commonly used for pregnancy discomfort, but for periods and menopause

In a story told throughout Ireland and Europe, the fairies fetch a mortal, usually a woman, to deliver a child in the otherworld. It is a story that reflects a classic human concern: ambivalence, the state of being between this world and the next, but it also reflects the Irish ambivalence about women’s bodies and the slight suspicion that has always surrounded midwives.

This tale was gathered by full and part-time collectors with the Irish Folklore Commission in the 1930s, when they traversed the country seeking information about every aspect of ordinary life. They collected thousands of complex and elaborate folktales, legends, hero tales and popular beliefs. They gathered customs around annual celebrations including Halloween, Christmas and a host of now-forgotten feast and saint days. They documented traditional architecture, children’s stories and lore, popular foods and beliefs and practices around herbal and magic-religious medicine.

What was not collected though tells its own story about Ireland, and gynaecological cures are conspicuously absent from an archive that reflects the caution of the highly conservative forces that dominated power in the State from its early days. “STIs, syphilis and mental health didn’t feature but that was because these were children collecting from adults,” says Carol Barron, DCU professor of nursing who has been delving through the UCD National Folklore Collection’s schools archive.

“The midwife was central to what was happening medically to women,” says Helen Sheridan, associate professor of drug discovery and ethnopharmacology at the School of Pharmacy and Pharmaceutical Sciences in Trinity College – but at the same time, pregnancy was hardly spoken of, nor was menstruation.

“When I grew up in the Seventies and Eighties, people used to talk about your ‘aunt’ calling. My mother said that people used to be popping with pregnancy, and it still wasn’t discussed.”

There were inevitable consequences for women: difficulty in breastfeeding, mastitis, lack of understanding and control over their own bodies making them more vulnerable to sexual abuse or unwanted pregnancy. Given the patchy and often overtly doctrinal control of sex and relationships education in Irish schools, it is questionable how much has changed. Modern day We know that there is very little record of herbs being used for women’s health in Ireland, but what about now? Dr Dilis Clare, a Galway-based GP and herbalists, says that herbal remedies are not particularly popular for alleviating the discomfort of pregnancy today. “We only use herbs in pregnancy when not using them would be more of a problem for mother and baby, or if the alternative is drugs that may be more harmful than herbs. We consider pregnancy normal, so you don’t use herbs except maybe raspberry leaf in the last three months and ginger, in high enough doses, for morning sickness.”

Herbs for periods and menopause are more common, especially in Europe. On holiday in France, Dr Clare walked through the French countryside and wandered upon shepherd’s purse. It is a very insignificant-looking plant, she says, but women throughout Europe have long known that it was good to take around periods and menstrual issues and menopause.

“I met a woman and we were talking; she explained to me, in French, that is ‘pour les femmes’. I went to a herbal weekend in Sarajevo and there it was. They are thousands of miles away, separated by seas and mountains, and we have had so many wars across Europe, fighting each other, but the knowledge of the herbs – that was known, and shared.”

In her dispensary, Dr Clare makes up batches of “women’s tea”, which she says can be used for alleviating the symptoms of mild to moderate PMS and for early menopause. It should not be taken during pregnancy or without consulting a healthcare professional, especially if on other medications with which these herbs can interact.

Among other ingredients, this blend contains shepherd’s purse (“diuretic, hormone-balancing, circulation-enhancing”, she says); dandelion (“diuretic, nutritive, high in potassium”) and yarrow (“anti-spasmodic and anti-inflammatory actions”) for cramps and irregular periods.

Caution required Other herbs should be taken even more cautiously. Black cohosh is a plant of native American origin and has become a common herb for menopausal symptoms. It contains chemicals that influence the endocrine (hormone) system. There are some studies saying it works and some saying it doesn’t. It is a very strong herb that can have side effects including dizziness, vomiting and weight gain. It can cause liver damage and should be avoided by pregnant and breastfeeding women and by women with a history of breast cancer or at risk of developing it. It has been associated with some cases of liver damage. In short, this is exactly the sort if herb you should not be ordering over the internet or without consulting a doctor or medical professional. There is scant clinical research on herbs and much of what is taken is based on traditional use, anecdotal reports and science’s current understanding of their chemical properties.