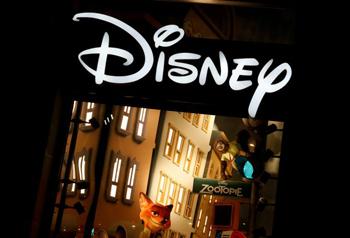 By Rishika Sadam and Lisa Richwine

Chief Executive Bob Iger said on Tuesday he is open to extending his term as the head of Walt Disney Co (DIS.N), offering investors a sign of potential stability at the media company as it reported a dip in quarterly advertising at ESPN.

Investor favorite Iger’s current contract ends in June 2018, and shareholders are eager that he is replaced by a steady pair of hands. In Iger’s 12 years at the helm of Disney, the company’s shares have more than tripled in value, compared to roughly a doubling of the S&P 500.

During a conference call on Tuesday, Iger said he was confident a successor would be chosen “on a timely basis.” He added that he would consider extending his term “if it is in the best interest of the company.”

It would not be the first time Iger has extended his stay in office. He originally announced plans to retire in April 2015, agreed to stay on through June 2016, then later agreed to remain until June 2018.

“The fear was (investors) had no idea who is going to step in, and so Bob Iger staying is probably is exactly what investors wanted to hear,” BTIG analyst Rich Greenfield said.

In its quarterly earnings report on Tuesday, Disney posted lower-than-expected revenue for October to December, hurt by the drop in advertising revenue at ESPN and an unfavorable comparison in the movie business due to the record success of “Star Wars: The Force Awakens” a year earlier.

Shares initially fell more than 2 percent after the quarterly report but regained some ground after Iger’s comments about his future. They were down about 0.5 percent in after-hours trading.

Investors, however, have closely scrutinized sports juggernaut ESPN since a disclosure of subscriber losses in 2015 amid “cord cutting” by people who drop pay TV subscriptions.

For the December quarter, the network reported a rise in programming costs that may have been bigger than Wall Street expected, Edward Jones analyst Robin Diedrich said: “That could be a disappointment for shareholders.”

It also reported lower advertising revenue, in part from the timing of college football bowl games. ESPN aired three fewer playoff broadcasts in the quarter compared to a year ago.

The company’s total revenue fell 3 percent from a year ago to $14.78 billion in the quarter that ended Dec. 31. Analysts on average had expected revenue to rise slightly to $15.26 billion, according to Thomson Reuters I/B/E/S.

At the movie studio, “Rogue One: A Star Wars Story” took in more than $1 billion at global box offices but could not match the $2 billion from “Force Awakens” a year earlier. Operating income at the movie unit fell 17 percent to $842 million.

The company in November promised earnings per share growth from this fiscal year onwards, betting ESPN would attract more online viewers and the new Shanghai theme park would lure visitors and on its new movie releases.