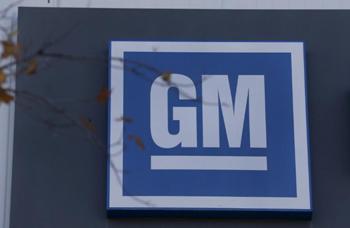 The drop in the stock also reflected concerns about rising inventories of unsold vehicles in the United States.

Despite investments in new technology, such as automated vehicles, and new sport utility vehicles and trucks, analysts said GM is unlikely to deliver significant growth in 2017 after two years of record profits.

The latest results from GM, the third-largest global automaker, highlighted the challenges facing auto industry chiefs as an era of open trade and low interest rates that fed growth appeared to be ending.

During a conference call, GM Chief Executive Officer Mary Barra and Chief Financial Officer Chuck Stevens were asked if there would be any impact on the company if President Donald Trump succeeds in imposing new taxes on imported goods such as auto parts or vehicles.

“I’ve shared a lot of information about the dynamics in the auto industry,” Barra said. “Right now it’s a very constructive dialogue. The administration is really listening.”

Stevens said the value of imported parts in its U.S. vehicles is less than many rivals.

“We support tax reform that would make the U.S. manufacturing base stronger. A border tax is one part,” Stevens said. “There are a lot of moving pieces.”

In North America, where GM earned the bulk of its profits, inventories of unsold vehicles at its U.S. dealers rose by one-third to 845,000 vehicles at the end of 2016. Stevens said the company had built up inventories ahead of product launches, and intends to bring them down through this year.

Stevens said the company does not expect to break even in Europe this year, but will push to “get to that point in 2018.”

Stevens suggested more restructuring could be on the way for its European operation. “We need to take renewed actions to get back on the path to a sustainable business,” he said. “And we will.”

Of the $500 million foreign currency exchange bite from fourth-quarter net income, about $300 million was from the decline in the value of the British pound after the vote to leave the European Union, GM said.

GM completed a $5 billion share repurchase authorization in 2016 and will finish a second authorization of $4 billion this year. A third buyback program of $5 billion announced last month “will be completed as expeditiously as possible,” Stevens said on the conference call.