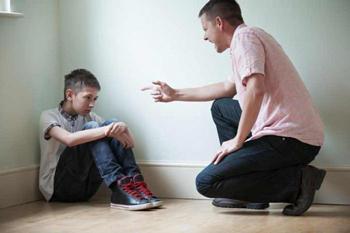 From an analysis of more than 1,000 students, researchers found that children exposed to harsh parenting were more likely to engage in delinquency and other negative behaviors as teenagers, which was associated with lower educational achievement by the age of 21.

Study leader Rochelle F. Hentges, of the Department of Psychology at the University of Pittsburgh, PA, and colleagues recently reported their findings in the journal Child Development.

This is not the first study to document the negative implications of harsh parenting – generally defined as shouting, hitting, or making physical or abusive threats as a form of punishment – on the psychosocial behavior of offspring.

For their study, Hentges and colleagues set out to pinpoint the behaviors that might lead to lower educational attainment among individuals exposed to harsh parenting in childhood.

The researchers analyzed the data of 1,060 students from the Maryland Adolescent Development in Context Study, following them from the 7th grade until the age of 21.

Through the duration of the study, the students were required to report their exposure to harsh parenting, their social interaction with peers, sexual behavior, and delinquency.

The educational attainment of each student was assessed at the age of 21, determined through the number of school years completed.

“We believe our study is the first to use children’s life histories as a framework to examine how parenting affects children’s educational outcomes via relationships with peers, sexual behavior, and delinquency,” notes Hentges.

Compared with students exposed to more lenient parenting in the 7th grade, students who were exposed to harsh parenting were more likely to deem their peers to be more important than other responsibilities – such as adhering to their parents’ rules – in the 9th grade.

As a result, the team found that these harshly parented students were more likely to partake in risky behaviors in the 11th grade. These included more frequent sexual behavior, hitting, stealing, and other delinquencies.

These behaviors, in turn, were associated with low educational attainment at the age of 21.

“In our study, harsh parenting was related to lower educational attainment through a set of complex cascading processes that emphasized present-oriented behaviors at the cost of future-oriented educational goals.”

Hentges hypothesizes that adolescents whose needs have not been met by their parents “may seek validation from peers.”

“This may include turning to peers in unhealthy ways, which may lead to increased aggression and delinquency, as well as early sexual behavior at the expense of long-term goals such as education,” she adds.

Study co-author Ming-Te Wang, professor of psychology in education at the University of Pittsburgh, suggests that there are a number of interventions that might improve the educational attainment of youths who are subject to harsh parenting.

For example, these adolescents may benefit from teaching techniques that focus on hands-on learning or group activities, as well as programs that offer education and help in relation to sexual behavior, delinquency, and unhealthy relationships with peers.