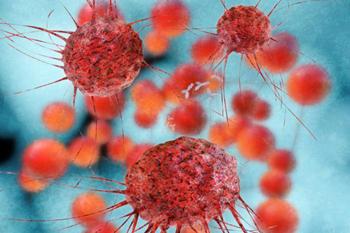 Of all newly diagnosed breast cancer patients, only a small percentage are at risk of developing harmful mutations that can lead to severe complications. For these patients, genetic testing is widely available. However, new research shows that few women take advantage of this tool for prevention and early detection.

It is currently estimated that under 10 percent of those who have just received a breast cancer diagnosis have a harmful mutation in the BRCA1 or BRCA2 genes.

In a healthy individual, these genes produce much-needed tumor-suppressing proteins – proteins that help to repair damaged DNA. When these genes do not function properly, however, or have suffered a harmful mutation, the DNA does not restore itself as easily, and additional cancer cells may develop.

As a consequence, inherited mutations may increase the risk of ovarian cancer or triple-negative breast cancer – both of which are particularly aggressive. Additionally, mutations in BRCA1 and BRCA2 have been linked to fallopian tube cancer and peritoneal cancer in women. Men with these mutations are also at risk of prostate cancer, and some studies have shown that both men and women with the mutations are more likely to develop pancreatic cancer.

Genetic testing is available for those at risk of developing these damaging mutations. A simple blood or saliva test is enough to determine whether the patients have inherited the mutations, and in 2013, the United States Preventive Services Task Force recommended that patients with a family history of breast, ovarian, fallopian tube, or peritoneal cancer be genetically tested.

New research, however, suggests that most physicians fail to recommend genetic testing for women at high risk of mutations.

The new study was led by Dr. Allison Kurian, associate professor of medicine and health research and policy at Stanford University. The results were published in JAMA.

Analyzing genetic test needs and practices in more than 2,500 women

Dr. Kurian and team surveyed 2,529 women recently diagnosed with breast cancer at an early stage – from stage 0 to stage 2. The women were surveyed at 2 months after their surgery.

The patients were asked if they wanted genetic testing and, if yes, whether they actually received it.

Overall, two thirds of the women diagnosed with breast cancer said that they wanted to be tested, but only a third had actually received the test.

Significantly, 8 in 10 of the women with the highest risk for BRCA mutations wanted the test, but only a little over half of them were tested. Approximately 56 percent of the patients who did not receive the test put it down to the fact that their physician had not recommended it.

Furthermore, the study revealed an insufficient availability of genetic counseling. Genetic counseling can help the patients to decide whether to ask for testing, or provide help with interpreting the test results.

Of all the high-risk women who were tested, 60 percent received counseling, and only 40 percent of high-risk patients reported having a session of genetic counseling.

Findings deemed ‘worrisome’ by the researchers

The authors comment on the significance of their findings and show concern for women’s health.

“Genetic testing results can affect what sort of surgery a woman may choose to treat her existing breast cancer, as well as what treatments she should pursue to reduce the risk of forming new cancers in the future,” says co-senior author Dr. Reshma Jagsi, who is also professor and deputy chair of radiation oncology at the University of Michigan.

“We do not have a crystal ball, but genetic testing can be a powerful tool for certain women. It is worrisome to see so many of those women at highest risk for mutations failing even to have a visit focused on genetic counseling,” adds Jagsi.

Dr. Steven Katz, the other senior author of the study, who is also a professor of medicine and health management and policy at the University of Michigan, weighs in on the findings:

“The fact that many women are not offered genetic testing after a diagnosis of breast cancer is an important illustration of the challenges of driving advances in precision medicine into the exam room,” says Katz. Lead researcher Kurian attributes the lack of testing to the physicians’ failure to understand the benefits of such a prevention tool.

“It is likely that some doctors do not realize the benefit that genetic testing provides. They may also lack the ability to explain the testing process and results clearly with patients. Priorities for the future should include strategies to expand the genetic counselor workforce and interventions to improve physicians’ skills in communication and cancer risk assessment […] Women are very interested in genetic testing but many fail to receive it. This is particularly worrisome because it means that doctors are missing the opportunity to prevent cancers in mutation carriers and their family members.”