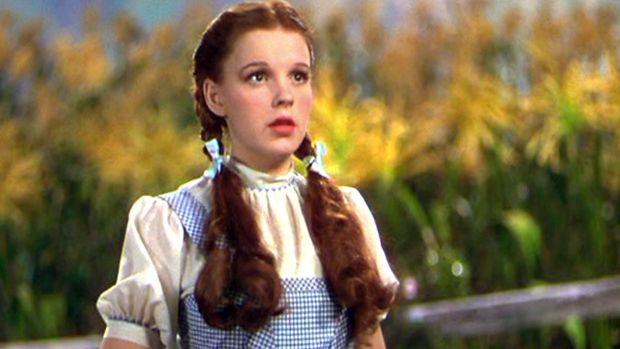 The memoirs of Judy Garland’s third husband, Sid Luft, claims the child star was assaulted by Munchkins on the set of The Wizard Of Oz.

Luft’s posthumous biography, Judy and I: My Life with Judy Garland, alleges some of the actors put their hands up her skirt as Garland, then 16-years-old, filmed the 1939 Oscar-nominated musical. There were 225 Munchkins in the cast.

He said, in an excerpt quoted by The Sun: “They thought they could get away with anything because they were so small. They would make Judy’s life miserable on set by putting their hands under her dress. The men were 40 or more years old.”

Garland and Luft were married from 1952 to 1965, and he is credited with turning around her career after MGM tore up her contract.

As her agent, he shaped her concert career and then produced her 1954 film comeback, A Star is Born, which earned Garland an academy award.

Their affair had begun in 1951 while Garland was still married to director Vincente Minnelli, father of singer-daughter Liza.

The Luft autobiography, to be released in March, also documents Garland’s prescription drug dependency, her multiple suicide attempts – she wore a string of pearls around her neck, and a bracelet to hide her scars – and it trumpets Luft’s ultimately futile attempts to rescue her from her dangerous addictions.

Luft maintains Garland’s drug abuse was linked to her lifelong struggles with her weight stemming from her days as a child star when she was constantly bullied to stay slim.

Luft reportedly began writing the flamboyant memoir after the couple’s divorce in 1965, when drugs and money problems tore them apart. He died in 2005, with the manuscript unfinished and it was not until a year ago that it was rediscovered in his archives.

​Garland and Luft, a former test pilot, met at a Manhattan club, with Luft claiming it was lust at first sight. He was instantly smitten by Garland’s “electrical force”, and she glowed “like a ripened cherry”.

Of the first night they spent together The Sun quotes: “I was to discover just how different Judy was from other women. She was uninhibited, giving herself over to her passions so completely.”

The allegation of molestation are unsubstantiated but fits with reports at the time which said some of the actors playing the Munchkins during the two month long shoot were conducting drunken parties off set of The Wizard of Oz.