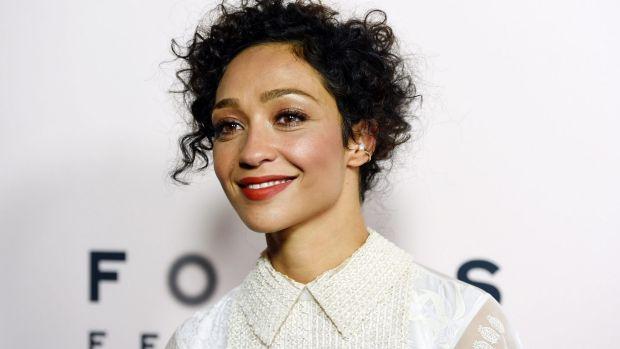 Bee Shapiro
Every awards season, fashion seems to fall head over ears in love with a star. Last year, it was Alicia Vikander with her balletic grace; this year, it is Ruth Negga with her from-another-era appeal.

Far from mermaid gowns and plunging necklines – a common red carpet playbook for ingénues – Negga’s style has been unconventional and inspiring. Certainly the Irish-Ethiopian actress, who is nominated for the BAFTA Rising Star Award and for an Oscar as best actress for her role in Loving, has won over her stylist, Karla Welch, who has worked with her since the Cannes Film Festival in May, with her intrepid taste.

“It’s so interesting when you meet a true collaborator,” Welch said, noting that unlike many actresses who do their best on the red carpet in a pretty gown, Negga possesses authentic style.

“She grew up loving clothes and flipping through magazines. We have very little disagreement over things. It’s not 100 tries to get something. She inherently knows what she feels good in.”

For fashion fans, though, Negga is particular catnip. She not only chooses stunning designer pieces but also does her best to showcase the cut.

“Maybe it’s her theatre background,” Welch said. “She knows how to work it like a pro.”

Witness her approach to figure-swallowing cape sleeves. (Negga wore two romantic high-neck Valentino gowns with voluminous elbow-scraping sleeves, one in white in Beverly Hills and another in scarlet in Paris, for more Loving premieres in December) Rather than standing demurely or hiding behind a clutch, Negga wore the style as a model might: by tucking in her waist and posturing her hands on her hips.

The actress again chose Valentino, a slightly prudish bib-front rose gown, for the Hollywood Foreign Press Association and InStyle cocktail party in November, and an ethereal embroidered gown with a surprisingly skimpy bodice at the Palm Springs International Film Festival in January.

“I’ve never put a Valentino look on her that didn’t work,” Welch said. “It’s in her spirit. But she doesn’t really play a favourite.”

Indeed, at the Golden Globes, Negga dispensed with romance and wore a Louis Vuitton custom design that was almost a T-shirt dress. Rendered in silver sequins, the look was “like armour,” Welch said.

Or at the Gotham Independent Film Awards in late November, Negga wore a strapless black Givenchy with droopy fringe at the bust. (You can’t say she shies from risks.)

More designer roulette: She wore a green crystal-decorated Prada dress to the People “Ones to Watch” party, a witchy Gucci gown with red and black detailing to the Governors Awards, and a fetching Rodarte gold lame  blouse with safety-pinned cream trousers to the W magazine party.

She’ll also give indie labels a whirl. At the BAFTA Tea Party, Negga wore a ankle-skimming dark floral dress by the Vampire’s Wife, a line by Susie Cave (nee Bick), the wife of the musician Nick Cave. To secure the piece, Welch reached out to Susie Cave via Instagram.

“She DM’d me right back,” Welch said. “That was the first time I’ve worked with that brand.”

But perhaps the most impressive aspect of Negga’s awards season sprint is her savvy in exuding a signature – slightly retro, a touch vamp – even as shapes and colours change.

“I was worried that she was all over the place,” Welch said. “But she has a presence and physicality about her that makes the clothes come alive. I know it’s a cliché  to say the clothes don’t wear her, but she’s able to make you forget whoever the original muse was for the piece. She becomes the muse.”