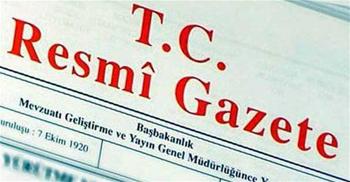 A total of 4,464 public employees were sacked on Feb. 7 over their suspected links to the Gülen movement and other illegal groups with the latest state of emergency decree, according to a notice in the Official Gazette.
Some 2,585 Education Ministry staff, 893 from the gendarmerie, 417 from the General Security Directorate, 49 from the Interior Ministry and 520 from other ministries were sacked by a new state of emergency decree.

Seventeen employees who were previously dismissed have been reinstated.

Some 115 of the academics dismissed were signatories of the Academics for Peace petition.

After the failed coup attempt, the Turkish government introduced a series of state of emergency decrees that ordered tens of thousands of public servants to be dismissed or suspended from their jobs over suspected ties to illegal groups.

Moscow keeps pushing for release of all detainees, Lavrov says