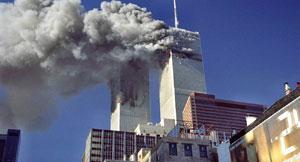 Guantanamo Bay detainee Mujahid Khalid Shaikh Mohammad said in a letter to former US President Barack Obama that the actions undertaken by the United States led to the September 11, 2001 terrorist attacks, US media reported.

WASHINGTON (Sputnik) — “The war crimes perpetrated in Palestine since 1948, and those taking place in Gaza today, are the clearest indication of why 9/11 happened, and why it may happen again in the future,” Mohammad said in the letter published by The Miami Herald on Wednesday. “It was not we who started the war against you in 9/11. It was you and your dictators in our land.”

The report noted the 20-page letter was dated January 15, but it was sent to the White House right before Obama left his post on January 20.

Mohammad wrote the call for jihad was a call to support each Muslim individual, Islamic group, tribe or ethnic group suppressed by the US government directly or indirectly.

“Therefore the declaration of jihad against you was in reality a clarion call from millions who lost their freedom or were expelled from their homes in Palestine, the Philippines, Chechnya, or Iraq or who cannot find employment because of your corrupted Arab regimes, which you have turned into a captive market of the Western arms industry,” Mohammad added.

On September 11, 2001, Islamic extremists carried out four airplane attacks on New York City, Washington, DC, and Shanksville, Pennsylvania. As a result of the crashes, nearly 3,000 people were killed and another 6,000 were injured.