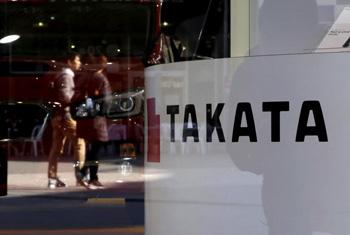 Japan’s Takata Corp (7312.T) said on Thursday it will set aside 96.93 billion yen ($864.4 million) as part of a $1 billion settlement with the United States Justice Department over the world’s largest ever auto recall.

In a regulatory filing, the auto parts firm also said it would book and additional 3.5 billion yen special loss over recall-related costs in the third quarter. Takata added that it expects currency related gains of 4.07 billion yen in the April-December period.

Takata has been looking for a sponsor to lead its turnaround, with sources saying Key Safety Systems had been selected, fanning concern that a court-led restructuring was on the cards.

It will report its third quarter earnings on Friday.