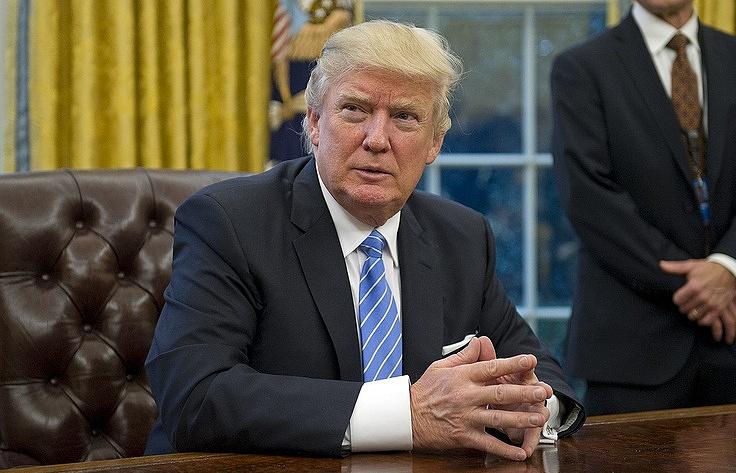 An unlikely supporter of U.S. President Donald Trump’s energy policies spoke out this week, and it’s really appropriate in this mad mad word of alternative facts and logic be damned, that it’s someone Trump had vowed to take down.

When asked by the BBC’s Lyse Doucet why he wasn’t worried when President Trump said he wanted the U.S. to have complete energy independence from its foes and the oil cartels, the Saudi Arabian Minister of Energy Khalid al-Falih calmly replied, “Well, we’re not the foes.” When Doucet pointed out, “But you are the oil cartel” he said he looked forward to working with the Energy Secretary.

When pressed that there must be some concern for a country that was singled out by Trump during the election campaign as one that would find imports to the U.S. blocked, not a feather was ruffled. It is perhaps unsurprising given how much business was done in that country by the new President before he was sworn in.

“President Trump has policies which are good for the oil industry and I think we have to acknowledge it,” he had earlier said. “We want the same thing.” In fact, they want the same thing so much that al-Falih says that they may invest more than the billions of dollars already in the U.S. refining and distribution industry, encouraged by the “pro-industry, pro-oil and gas policies of the Trump administration.”

One remark which was of note – that the U.S. leader’s determination to pump till it drops would be supported so long as it “grows in line with global energy demand.” This literally weeks after we celebrated the signing of a deal to restrict global production because of poor demand. (ED: I’d break down but then I remembered I’m in the New World where logical actions appear to have no place.)

This all happened at about the same time that the Kingdom was announcing its biggest effort to date to divest itself of fossil fuel dependency. At a news conference al-Falih told reporters that by 2023 the country aims to be generating 9.5 GW of power from renewables.

To this effect, it will award its first tender to build 700 MW of wind and solar power in September. 300 MG of solar and 400 MG of wind. Al-Falih said, “The terms on renewable contracts will be motivating so that the cost of generating power from these renewables sources will be the lowest in the world.”

The major renewable energy supply programme is expected to involve investments of up to $50bn by 2023, and be the first public-private partnership tenders in the Kingdom. It’s hoping to bring in $50bn of investment and transform the state into a “solar powerhouse”.

Applications are being sought later this month, with a proposal request to be issued in the middle of April, and the first projects announced at the end of the summer. “We have vast renewable energy resources,” said al-Falih, “And by exploiting them, we work towards our sustainable development goals and reinforce our position as the world’s most reliable supplier of energy, allowing us to accelerate economic transformation.”

To date, Saudi Arabia has been slow to make use of its abundant renewable source. But the impact of the falling oil prices led to never-felt-before financial pain by the Government – using up more than $100bn of reserves and reducing home subsidies. Change had to come.

It’s a wise move to look to an abundant source of power which couldn’t be further from the new President’s horizon, so as to not rely on the peculiar friendship. It was noted that pre-election Trump would have done anything to undo the Iranian pact but it took just one phone-call with the Saudi King for him to “agree on the importance of rigorously enforcing the Joint Comprehensive Plan of Action with Iran and of addressing Iran’s destabilising regional activities.” Whether King Salman is in possession merely of more impressive powers of persuasion than Malcolm Turnbull we don’t know, but this is one power play we’re going to settle down for.