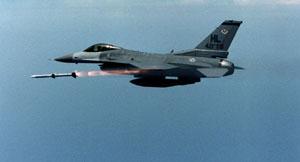 US President Donald Trump could soon sign off on the sale of high-tech precision-guided missiles to Saudi Arabia, and Lockheed Martin F-16s to Bahrain.

Proponents of the deals argue that Saudis can make a major contribution in the fight against Daesh. The sales could help “key gulf allies” deal with regional security threats posed by Tehran and Daesh, an official told the paper. The deal’s advocates are in “the new administration’s court for a decision—and I would anticipate the decision will be to move forward,” the source said.

Trump, considered by many to be a master negotiator, claimed on January 31 that the US had saved $600 million on a “great achievement” to lower costs for the frequently-criticized F-35 Joint Strike Fighter. Still, Lockheed Martin is a public sector Fortune 100 company, and in the business of making money. Any sign that Lockheed Martin CEO Marillyn Hewson is not doing everything in her power to maximize profit goes under the microscope on Wall Street. So, while she touted that she was happy to lower the cost of the F-35s, there was likely something more to the picture: if the price-per-product falls, quantity must go up, or other business lines must create additional revenue to support top-line growth. In this case, one wonders whether Hewson’s agreement to cut the F-35 price may have been part of a larger package in which Lockheed Martin would get more approvals to sell more weapons overseas. Trump accepts Wall Street’s power unthinkingly, so it is unlikely that he would try to put Hewson in a bad position without offering her company something in return.

The F-16 deal for 19 jets could be worth almost $3 billion, Bloomberg reported in September 2016. The defense contractor can deploy “strongarm” tactics with the administration. If the F-16 order does not go through, “we run the very real risk of the F-16 line shutting down,” Lockheed spokesman Michael Rein said.

“If Bahrain goes elsewhere for its fighters, that would destroy US jobs and undermine US influence in the region,” Loren Thompson, a defense analyst at the Lexington Institute and consultant to Lockheed Martin, told Bloomberg. The plant in Fort Worth, Texas, has produced F-16s for over 45 years.

President Barack Obama halted the two above-mentioned deals in the final months of his administration, citing concerns over human rights. Analysts suggested that Obama’s decision to cut back on weapons sales to Riyadh was likely a response to accusations of Saudi Arabian war crimes in Yemen, that have killed an estimated 10,000 civilians.

Yemen, the poorest nation in the Middle East, has suffered a humanitarian crisis since war broke out. According to the CIA World Factbook, “at least” 82 percent of the population in Yemen is “in need of humanitarian assistance.”