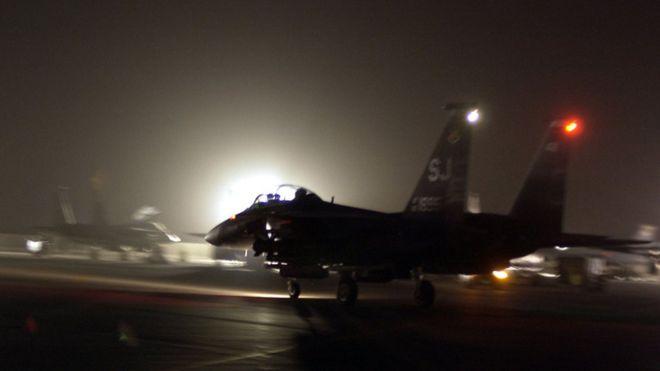 US forces killed 11 members of al-Qaeda in two air strikes near Idlib in Syria, this month, including a former ally of Osama Bin Laden, the Pentagon said.

Captain Jeff Davis, a spokesman, said 10 operatives were killed in a single strike on 3 February.

A second strike on 4 February killed Abu Hani al-Masri, who had close ties to the late al-Qaeda leader, he said.

Al-Masri is said to have set up and run al-Qaeda training camps in Afghanistan during the 1980s and 1990s.

He also had close ties to Ayman al-Zawahiri, who became the leader of al-Qaeda when Bin Laden was killed by US forces in 2011.

“These strikes disrupt al-Qaeda’s ability to plot and direct external attacks targeting the US and our interests worldwide,” said Capt Davis.

The group announced in mid-2016 that it was no longer affiliated with any external group, prompting speculation that it had cut ties with al-Qaeda, although the latter group was not mentioned by name.

It is thought that the leadership structure of Fateh al-Sham is still intertwined with al-Qaeda.

A US operation against al-Qaeda in Yemen last week – the first military action authorised by new president Donald Trump – resulted in the death of a Navy Seal and up to 16 civilians, including children, according to reports.