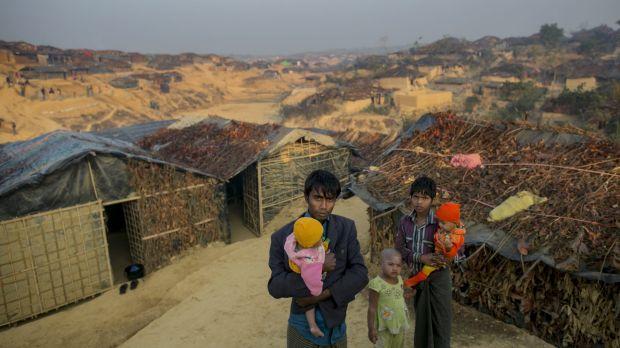 A coalition of organisations has called on the Australian government to urgently pressure Myanmar authorities to condemn atrocities, including the slaughter of babies, in Myanmar’s western Rakhine State and act immediately to protect Rohingya Muslims.

“They have seen their family members killed and more than half the women interviewed said they had been raped or sexually violated,” she said.

International pressure is growing on Myanmar over a United Nations report which cited more than 200 witnesses and survivors to mass rapes, murders, forced disappearances, beatings and families locked in torched houses and burnt alive.

UN officials say the death toll could be in the thousands.

Among the atrocities was the slitting of a baby’s throat as he cried out for his mother’s milk while she was being gang raped.

A witness also saw soldiers stomping on the stomach of a pregnant woman in labour.

Pope Francis this week issued a stinging rebuke of Myanmar, saying Rohingya have been tortured and killed simply because they are upholding their Muslim faith.

The Turnbull Government, which has lifted sanctions on Myanmar imposed during decades brutal military rule and sends tens of millions of taxpayer’s money to the country each year in aid, has avoided openly criticising the country led by Nobel laureate Aung San Suu Kyi.

Ged Kearney, president of the Australian Council of Trade Unions, said the persecution of the Rohingya is a blight on Myanmar’s global reputation.

“The Australian Government must now intervene,”

Marc Purcell, the chief executive officer of the Australian Council for International Development (ACFID), said the Myanmar Government must assert the religious and ethnic equality of all people in the country, including almost one million persecuted Muslims in Rakhine.

“Australia should use its international influence to push for an immediate end to the crisis and for a UN commission of inquiry.”

Thirty-four organisations, including from Australia, the US, Malaysia, Thailand, the Philippines, South Africa and Germany, issued a statement Friday calling on Myanmar to address growing intolerance “prohibit advocacy of national, racial or religious hatred that constitutes incitement to discrimination, hatred and violence.”

The statement called for the establishment of an urgent, independent and impartial investigation into the assassination 10 days ago of prominent Muslim lawyer and democracy activist Ko Ni outside Yangon’s international airport.

The assassination shocked human rights and civil society organisations in Myanmar which Ms Suu Kyi’s National League for Democracy has been ruling for almost 12 months after a landslide victory at historic elections in late 2015.

But Ms Suu Kyi, once seen as a champion of democracy and human rights causes, has been widely criticised for failing to speak up for the Rohingya as 66,000 fled Rakhine for squalid camps at the Bangladesh border when Myanmar security forces implemented a crackdown on dissent in Rakhine following attacks on several police posts last October.

For months her government denied multiple reports detailing the atrocities in Rakhine, including from Amnesty International, Human Rights Watch and Fortify Rights, and criticised the media for reporting them.

Myanmar’s Ministry of Foreign Affairs this week issued a statement saying it was “deeply concerned” about the “very serious” allegations detailed in the UN report” but referred it to an already established government commission led by a retired general which is seen as a whitewash.

Ultra-Buddhist nationalists regard Rohingya as illegal immigrants from Bangladesh who have no cultural or religious links to the Myanmar, despite the fact they have lived in Rakhine for generations.