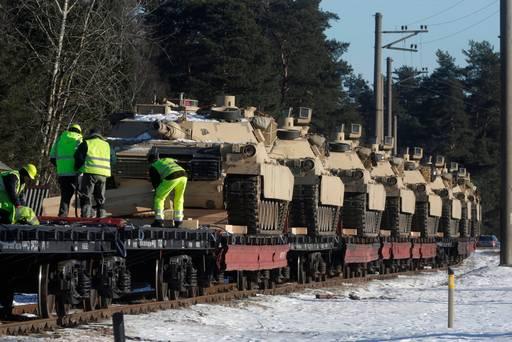 The Russian government views Romania as a military threat whose government is pursuing “Russophobic” policies, a senior diplomat said.

Alexander Botsan-Kharchenko, who heads a department for European affairs at the Russian foreign ministry, said the former Communist nation’s stance on EU sanctions and decision to host elements of a Nato missile defence system made it a “clear threat”.

“Romania’s stance and the stance of its leadership, who have turned the country into an outpost, is a clear threat for us,” he told Russia’s Interfax news agency.

“All these decisions… are in the first instance aimed against Russia,” he said, accusing Romanian authorities of revelling in anti-Russian rhetoric.

Nato and US officials say the system, which was initially announced in 2007, is designed to protect Nato allies from ballistic missiles launched by Iran.

Moscow says the real purpose of the shield is to erode Russia’s nuclear deterrent by reducing its chances of a successful retaliation in the event of being attacked by another country’s nuclear missiles.

In 2009, Barack Obama scrapped plans to base long-range interceptor missiles in the Czech Republic and Poland, partly in response to Russian concerns.

Russia has said the changes did not go far enough. Romania was part of the Moscow-allied Warsaw Pact until the end of the Cold War.

It joined Nato in 2004, as part of an eastward expansion of the alliance that the Kremlin has bitterly criticised.

Mr Botsan-Kharchenko’s comments came as Russia hit out at the recent deployment of Nato troops to eastern central Europe, including the Baltic states.

“This deployment is of course a threat for us,” Alexei Meshkov, a deputy foreign minister, said. “Who said that it will end with this? We do not have such information. For the first time since World War II we see German soldiers along our borders.”

German troops arrived in Lithuania last month as part of an enhanced forward presence designed to reassure eastern Nato allies in the wake of Russia’s annexation of Crimea and invasion of eastern Ukraine.

The move has also seen the US deploy thousands of soldiers with heavy weaponry to Poland, the Baltic States, and south-eastern Europe.