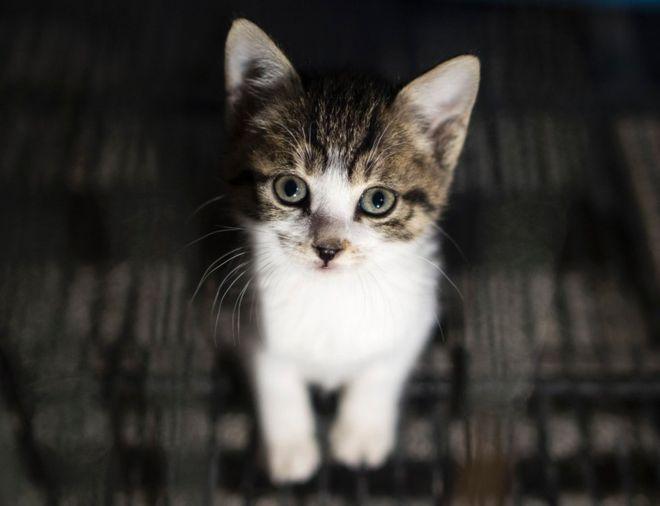 An animal rights row has erupted in India over a school textbook which tells children how to suffocate kittens.

The book, which is used in hundreds of private schools, features a science experiment in which two cats are placed in separate boxes – only one of which has airholes.

Activists argued that it endangered the lives of children and animals.

Many schools have now scrapped the offending page.

The passage in Our Green World: Environment Studies is meant to demonstrate that air is essential for life. It reads: “Put a small kitten in each box. Close the boxes. After some time open the boxes. What do you see? The kitten inside the box without holes has died.”

The book’s publisher has promised it will not appear in the next edition, according to the Indian Express.

Parvesh Gupta of PP Publications said: “A parent had called us a couple of months ago and asked us to remove the text from the book because it was harmful for children. We recalled books from our distribution channel and will come out with a revised book next year.”

“Person who wrote such experiment must be put in instead of animal. Fools,” wrote a tweeter with the handle Thinking Indian.

“It might be stupid, but they were endangering the lives of the children and animals by citing such an experiment,” Vidhi Matta, spokeswoman for the Federation of Indian Animal Protection Organisations, told the AFP news agency.

She admitted she did not know of anyone who had attempted the experiment.

Controversies over Indian textbooks are not uncommon.

A book in the western state of Gujarat made headlines in 2014 for claiming that Japan had dropped nuclear bombs on the US during the Second World War.

Just last week, a row erupted in Maharashtra state over a textbook that said “ugly” and “handicapped” brides had led to a rise in dowries being claimed by the groom’s family.

Carnivores have also been a target for bile.